These pictures were the main inspiration behind a proper restoration of this car. My car is a red-on-red coupe, built at the Ford plant in Milpitas, California, completed on March 1st 1968 and ordered/sold through the Ernie Majer Inc  dealership in the Seattle sales district. The car was one of just 6,218  produced in 1968 with this combination of paint (candyapple red), interior (red standard bucket seats) and trim (white C-stripes; not sure what else). The car currently has a '78 200 cid Ford inline six from a Fairlane and the original three-speed manual transmission. 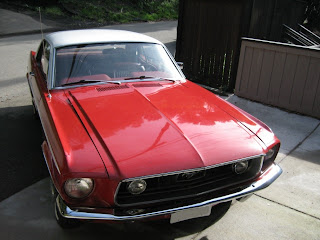 The car was ordered with the following options: 6.95 x 14-4 Ply rated tires with white sidewalls, Sprint Promotion A wheel covers and 3.20 axle ratio. The Sprint Promotion A also extends to a flip-open gas cap, the same as on the '67 cars. I am not sure what other features came with the Sprint A option, but I do know it did not include the GT fog lamps which were only available with the more common Sprint Promotion B. 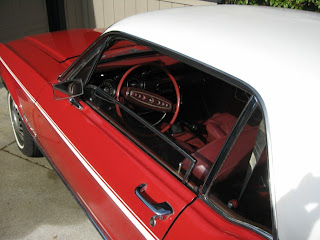 Most people who are not car show visitors think the car looked pretty nice to start with...and I did too at first, especially as it has hardly and rust. Look closely though, and there are plenty of faults...and that's just on the bodywork. 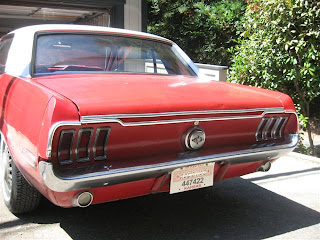 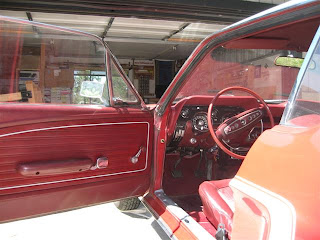 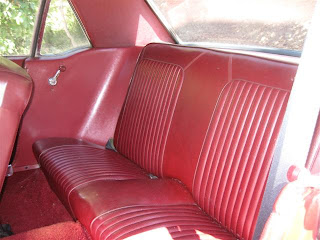 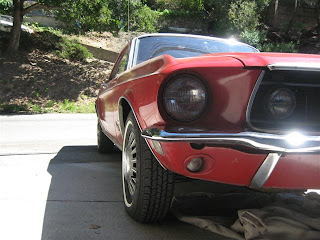