So where was I? Well, I had a day off from real life in mid November to start tearing down the 351W. This project actually began on my birthday in 2009 when my friend James came by to show me how to put the car or jack stands. Since then it has become traditional for me to work on the car on my birthday. One year I spent the best part of the day driving out to Mustangs Plus in Stockton so I could pick up my new leaf springs. The problem with birthdays though, is that they only last for twenty four hours. This year all I managed to accomplish was getting the motor up on the stand and draining out the oil. Then it was back to this look for another six weeks: 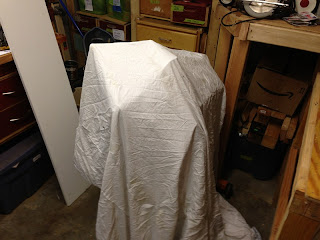 My biggest worry over this period was whether I had jumped the gun by draining out the oil. I really should have waited. Oh well. When I finally did pop off the oil pan, it didn't actually look too bad. There was some white crud in the bottom of the pan. I think this comes from water getting into the oil*. 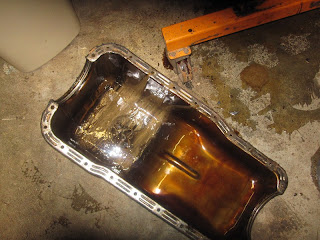 Overall the "inside bits" looked great, even close up 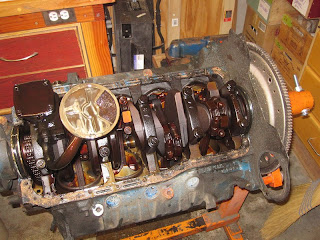 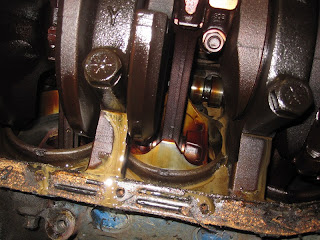 Now let's back up a step. One day shortly after I got the motor up on the stand my friend Brian took the time to explain to me how important it was that I marked the pistons, main caps and so on so that they would go back exactly the same way. We were having lunch at sabuy sabuy on College at the time and I ended up leaving with, like, three table clothes covered in diagrams and instructions. So, with this knowledge, the first thing I needed was some number punches. I tried really hard to get a top notch set from Granger, but I just couldn't make it happen. Fortunately HF have a once-use set for less than a price of a big mac. Probably. The only thing is....they may as well be made of plastic. In fact I think they were made out of plastic! 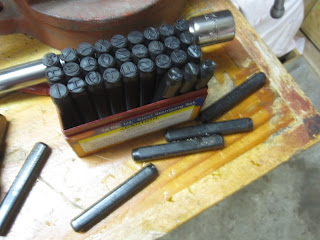 After a good thirty minutes of screwing around with my pseudo-plastic punches, trying to figure out how to get any kind of legible impression from them, I found that all my pistons and rods have already been marked. Or to put that another way, the engine has been apart before. Not too surprising for a forty year old motor in as good a shape as this one. So I threw the HF punches in the trash and moved on. 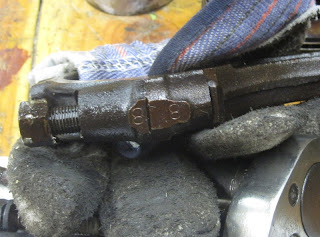 My new Crafstman tools made the job of pulling the pistons a piece of cake. I'm still getting used to the difference good tools make. 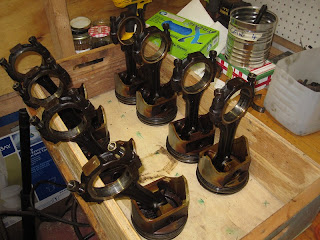 Next up, the harmonic balancer...and here's where it starts to get complicated. To get the balance off, you need to use a puller. I already have one of those, but before I could even worry about finding it in my tiny, overcrowded garage, I needed to get the bolt out. 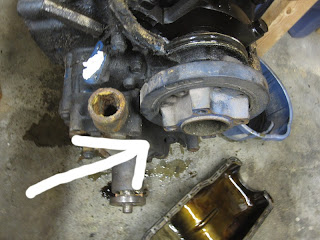 First task: stop the engine from turning while I undo the huge bolt which prevents removal of the harmonic balancer. I did my usual "copy Alex" and attached some clamps to the pressure plate; I'm going to be using a manual transmission so the pressure plate is scrap at this point and I didn't worry about damaging it. 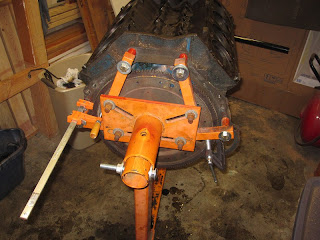 I had to carve up one of my clamps to make it fit. 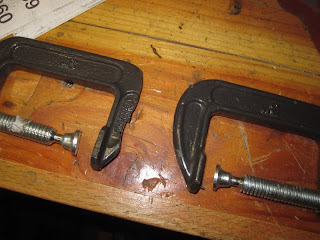 I had a bunch of attempts at undoing the bolt, culminating in a two foot breaker bar fitted with the handle off the floor jack...and all I succeeded in doing was warping the pressure plate. I swung on the jack handle with my entire body weight and....nothing happened. Well nothing apart from the stand nearly fell over! 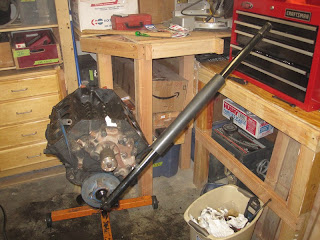 After that near-miss, I did the only thing I could do: gave up, and made arrangements to transport the motor to where a decent impact wrench could get the job done. I'm very fortunate to have several friends located nearby with the necessary tools. But first I had to get the engine into the back of the Lesboat.† Just the thought of having to re-build the "leaning tower of Pisa" I needed to get the motor onto the stand was enough for me to enlist the help of my neighbor this time. I prepared a special dolly to use as a transport cradle. 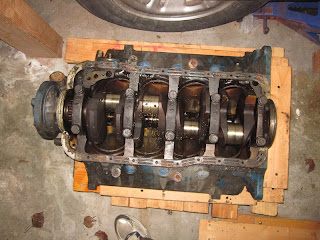 Took off the main caps just to make it a all a little bit lighter. 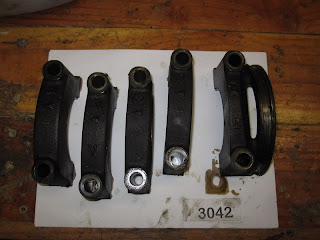 And then I had an idea: The only thing still holding the crank in place was the timing chain! After this realization I couldn't destroy the chain fast enough: I used a flat blade screw driver to destroy it one link at a time‡. I would of broken out the screaming cutting wheel of death, but fortunately I lent that out to a buddy, otherwise who knows how much damage I might have done... 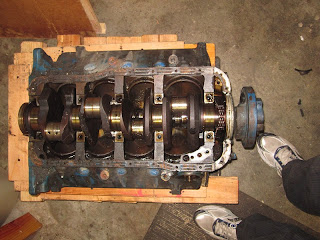 Had to wiggle it a bit, but the crank came out WITH the harmonic balancer still attached. Nobody I've talked to has ever seen/heard of somebody doing this before. I think my novice status means I often take the unorthodox route without any concern. 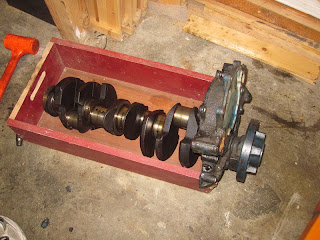 Pulled out the old cam and the lifters... 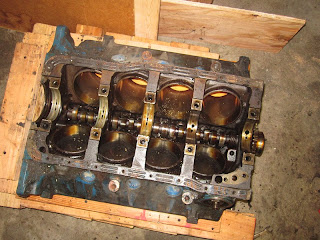 Tossed everything into the Lesboat and set sail for Stirtz Machine in Oakland. 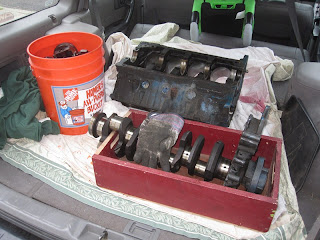 The guys at Stirtz Machine have been building motors since the dawn of time. On the days when the shop is closed they build some of the finest race cars ever seen in the Bay Area. They also did me the favor of hitting my troublesome harmonic balancer bolt with the biggest impact wrench in the shop....and after multiple attempts the bolt gave it up. I left the block for magnuflux and sonic testing which is an incredibly cheap $40. Hopefully it will pass....


Back in the garage, the engine dolly looked very empty. I felt like a well loved guest had departed; someone that would be gone for a while. I tried to take my mind off the feeling of emptiness by pulling the balancer off the crankshaft and freeing up the timing chain cover. But the only thing that could cheer me up was a good 30 minutes looking through the Summit Catalog :))) 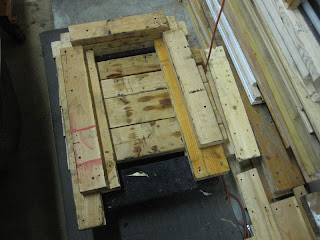