The Vic Hubbard Speed & Marine store in Hayward is one of my favorite places to buy stuff, but recently I was lucky enough to find out a bit more about the company. Founded in 1949 by Jerry Light and named in honor of his step-father and automotive repair shop owner, Vic Hubbard was the first speed shop in northern California. 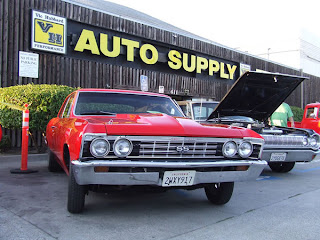 Located on Meekland Avenue in Hayward in a 1500 square foot building that currently houses the company's corporate headquarters, Vic Hubbard was the "Sears and Roebuck" of the Bay Area auto parts business, coming out on top of a packed field that included Champion Auto Parts, The Gotelli Speed Shop, Cash Automotive, Duane Snider's, Card Automotive Specialty and Algon Fuel Injectors.


Historically the major motor manufactures were reluctant to market racing directly to the general public, restricting the supply of performance parts. Jerry Light had the foresight and business acumen to pursue this avenue, and, through stocking the embryonic Vic Hubbard store with just fifteen product lines, Light was instrumental in bringing the performance market north from its origins in southern California.


An early claim to fame arrived when George Poe of TRW was reluctant to lend his company's name to a forged four inch bore 12:1 compression piston. Jerry Light spotted the potential of these pistons and began manufacturing them for Chevrolet applications under the Vic Hubbard name. Soon the pistons were being distributed throughout the United States, forcing TRW to introduce their own range of forged pistons.


By the sixties racing remained a specialized market, but Jerry Light predicted that the three barrel Holley carburetor used on the 426 HEMI for NASCAR would be a popular application with potential for huge sales. Jerry instigated a meeting with George Bay from Holley and Vic Edelbrock Jr and ultimately persuaded Holley to build 1000 carburetors for Vic Hubbard in Northern California and Edelbrock in Southern California. The carbs were an instant hit.


The original Vic Hubbard Speed Shop was also the home of of the Forsberg Brothers, northern California's legendary drag racers. When the already successful Denny and Jerry Forsberg joined forces with Jerry Light in 1962, they formed one of Norcal's greatest drag racing teams. Longtime holders of the Standard 1320 record for class B fuel altered roadsters, they're most widely remembered for "The Mighty Mouse", as their feisty B/FD was nicknamed. Stephen Justice's excellent history of the Forsberg Brothers drag racing activities, including candid interviews with Denny, is online at WeDidItForLove.com


In 1976 Vic Hubbard Speed & Marine moved to the 35,000 square foot facility on West A Street from which they currently operate. The company also has a 25,000 square foot warehouse in Tustin from which they service southern California. Within these facilities Vic Hubbard holds one of the largest parts inventories in North America, consisting of over 300 different specialty lines, automotive parts and accessories lines. 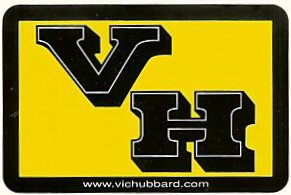 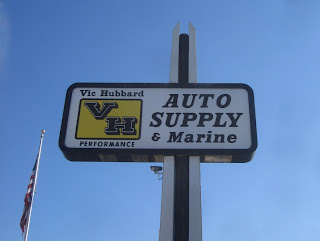 Special thanks to Steve, Rich, Santiago, Larry, Will, Matt, Kevin and all the guys at Vic Hubbard.
Posted by Papa Sheep at 9:18 PM 1 comment: