putting the brakes on

I finally got back to some mechanical work at the beginning of October. Longer term followers of this blog might recall that I had a few problems with my front brake system. I tossed away the six cylinder drum components and replaced them with an old Granada set up that I acquired through the BAMA mafia. Later I found that the the hub size on the replacement Granada rotors was too big for my wheels. This led to me transferring the car from the Green Room to my garage in Emeryville with a pair of Ranger wheels on the front. That was in April 2012, and that's exactly where those wheels stayed for the next two and a half years.


I always planned to take the replacement Granada rotors and have the hubs turned down so they fit the wheels. But I struggled to find a machine shop that could do this for me. Later I talked to Mike Maier about the inadequacies of the Granada swap. A couple of months after that I was in Reno for Hot August Nights when I found myself being dragged into the "Big Boys Toys" exhibition hall, and slowly sucked towards the Stainless Steel Brake Co stand. A few minutes after that one of the Summit Racing guys was passing my credit card though an exceedingly hot swiping machine. It must have been hot, because the credit card was melting when I got it back!! A week or so after that some very heavy SSBC boxes showed up at the house. Around this time I also ordered the roller spring perches from Opentracker Racing that we've all heard so much about.


After tearing off the Granada spindles (and all the related parts which I spent time restoring...sigh...) it was straight forward to install the SSBC spindles, dust shields and rotors. It's probably fair to say that the SSBC system is overkill for this car, but I just decided not to make any ecconomies with the brakes. 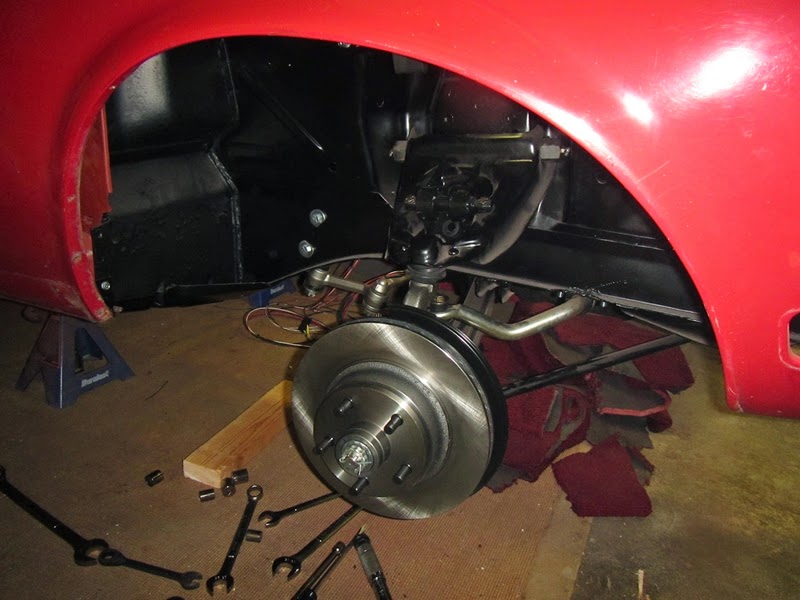 Getting the caliper brackets and calipers assembled and installed correctly was a bit more traumatic, but I eventually got there. Then I wiggled the car away from the garage wall and did the same to the driver side. 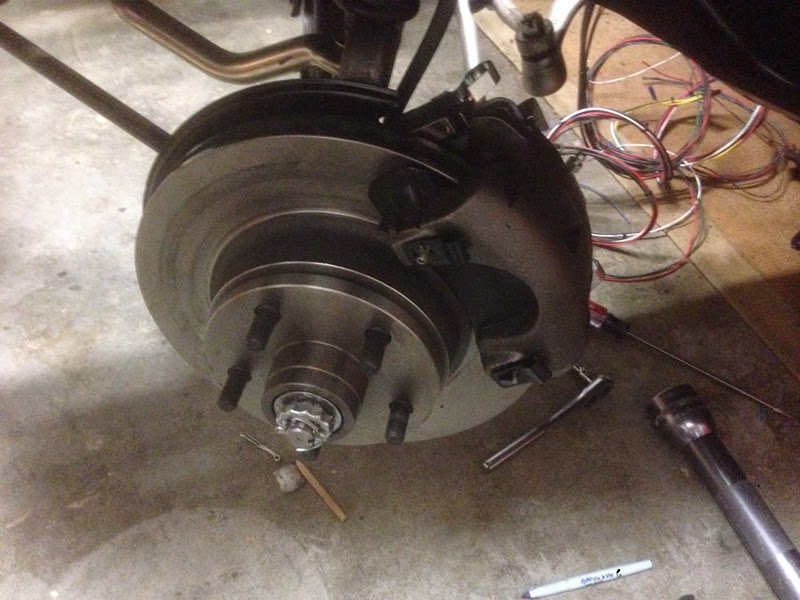 The SSBC brake system comes with a new master cylinder (MC), flexible lines, and all the hardware. It also includes some short sections of hard brake lines, because the setup requires several modifications to the stock lines. Plus you have to install a proportioning valve (PV) that wasn't needed with the original all-drum system.

One of the reasons for working on the brake system now (and the fuel system next) is that I wanted to get all the lines installed before I put the engine and transmission back in. So I ordered up a set of stock brake lines from NPD and set about attaching them to the chassis. The rear brake lines went in just so, and I made finger-tight connections to the wheel cylinders. Nice. The central line at the transmission tunnel and firewall and the connections at the front discs were also pretty easy. I was able to utilize most of my shinny zinc plated hardware with the SSBC brackets. 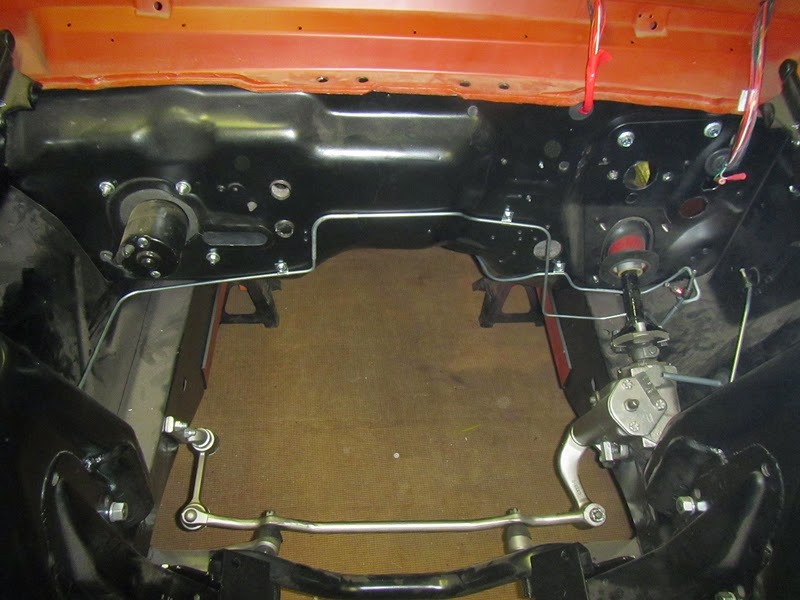 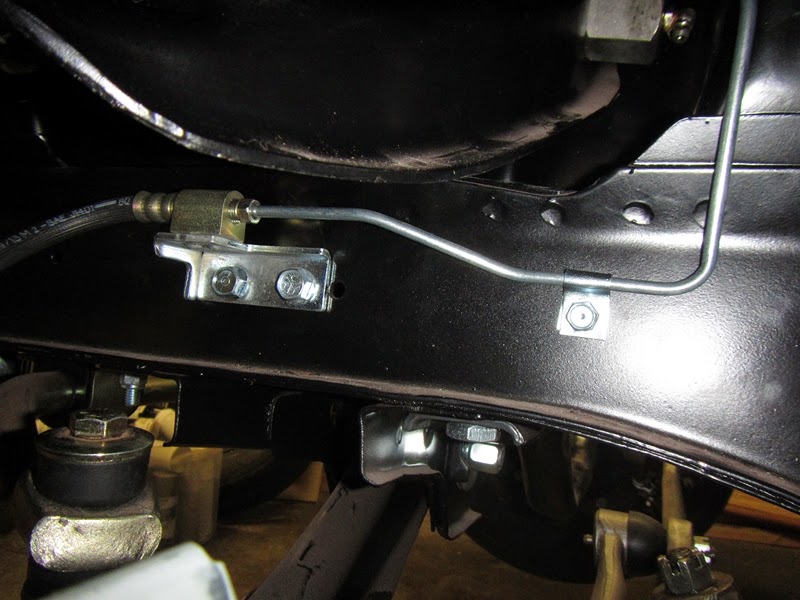 I bolted up the MC and connected the brake pedals and the piston. You are supposed to bench bleed the MC before installing it in the car, but I didn't because I only bothered to read the instructions afterwards. At this stage I was a little bit more concerned about where to mount the PV and how to get the lines anywhere near to the MC, never mind connect flawlessly. 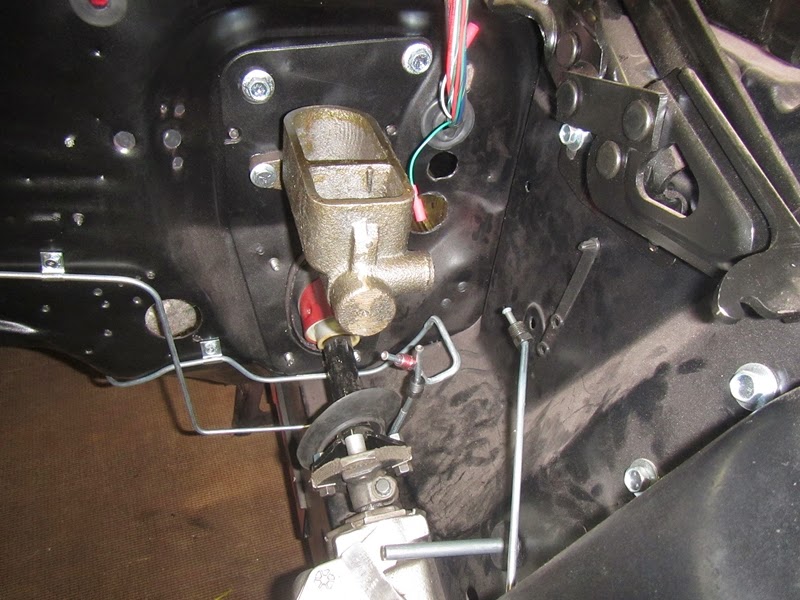 Of course there was no distribution block included with the SSBC kit, so I had to dig out the original and refurbish it. That's one more time that keeping EVERYTHING from the tear down has saved me. 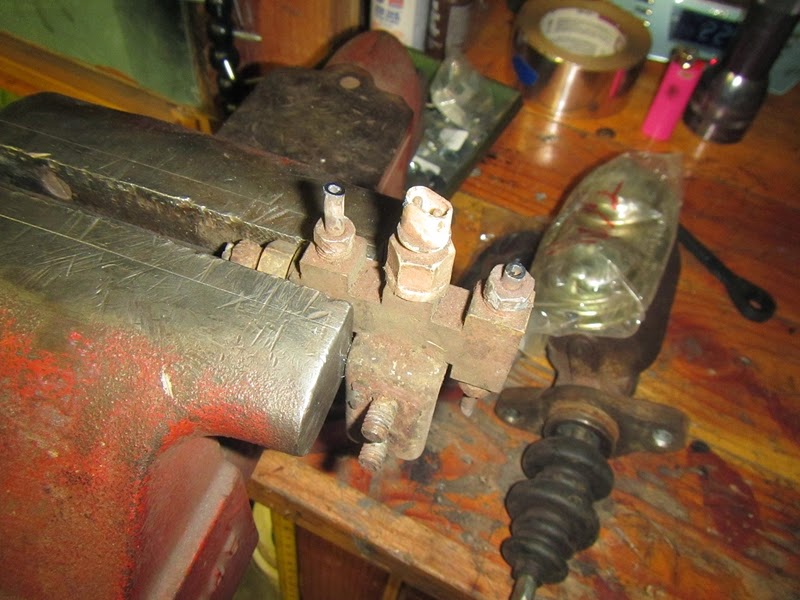 I guess it also goes without saying that the brake lines that come in the SSBC kit have completely different connectors to the ones that come from NPD. And they're not quite the right shape, and anyway I've never had to make custom brake lines before, so why not now? Well the answer to that questions is probably "because it's a tedious PITA!" First I had to invest in a pipe bender, and then a flaring tool, and then in some extra brake lines from the local parts store, and then some more spare brakes lines...and...well when it was all done it looked like this: 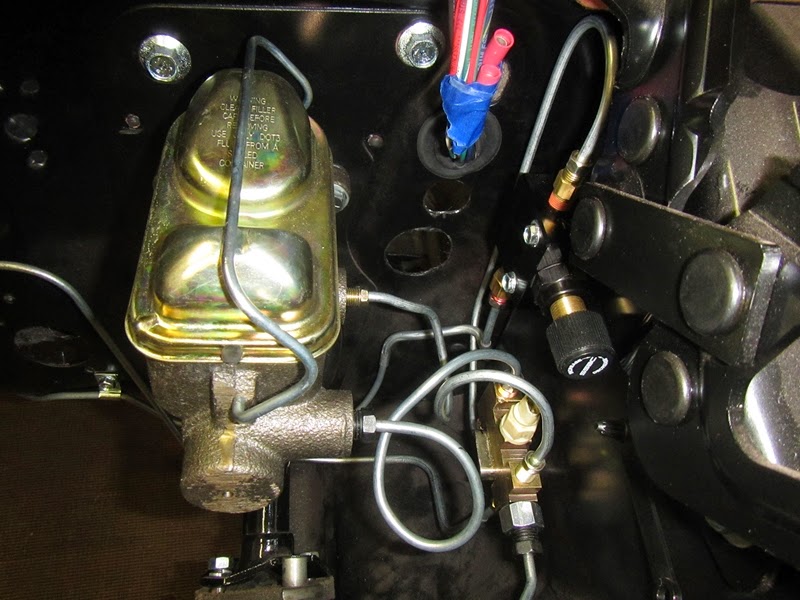 Now to me it wasn't too bad for a first time, but I know for a fact that some of the flanges are not right, and that a lot of the bends look amateurish. For now though, it's a start. 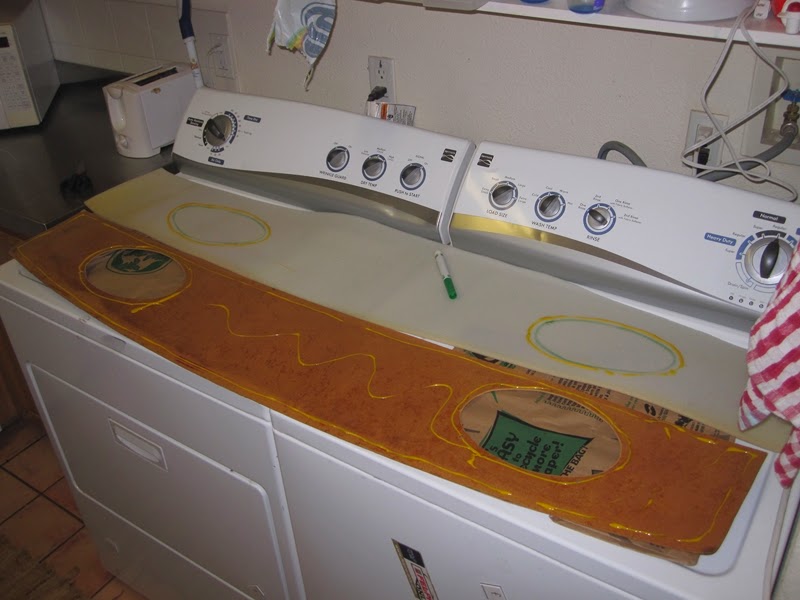 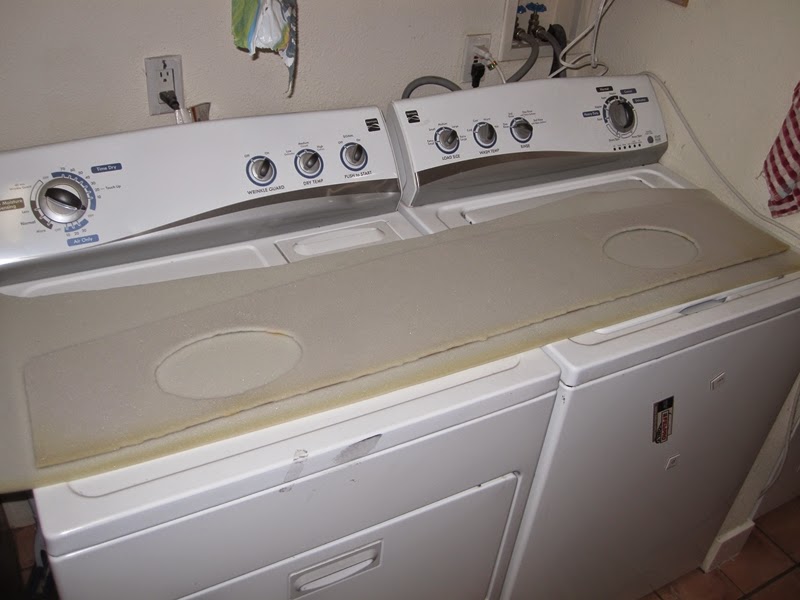 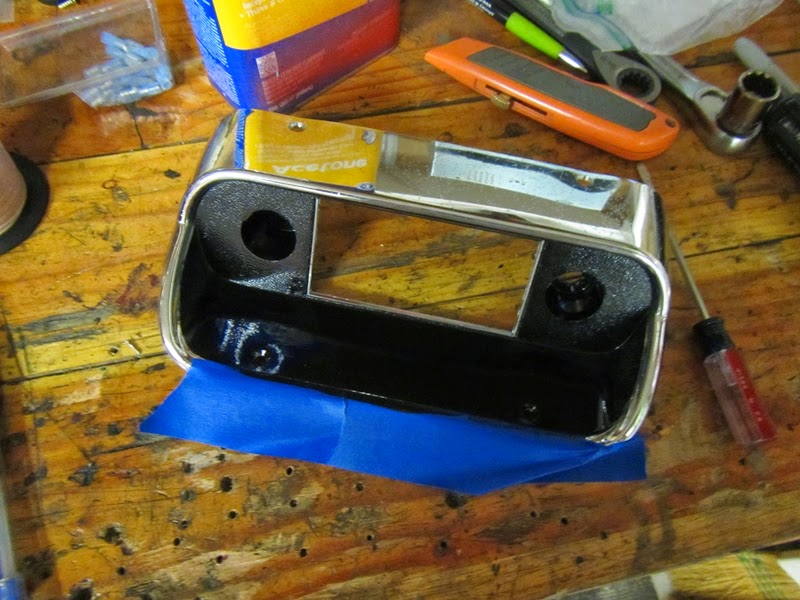 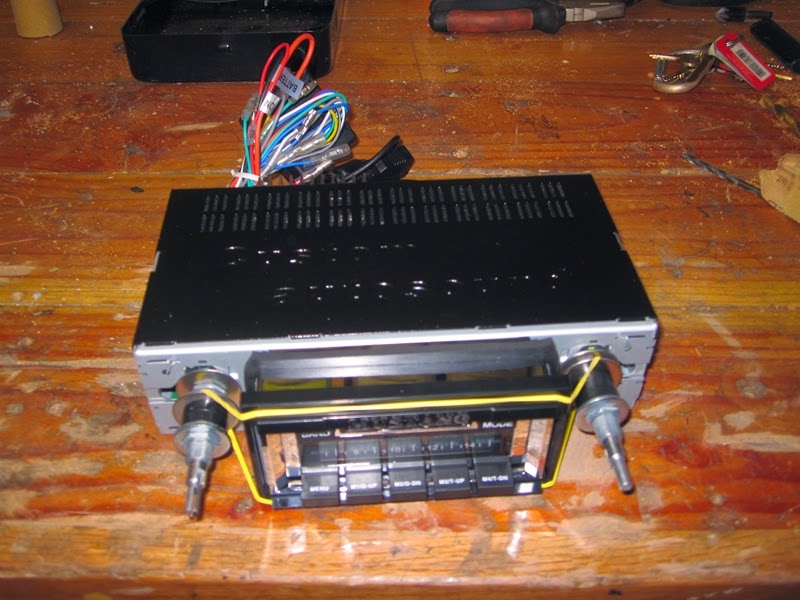 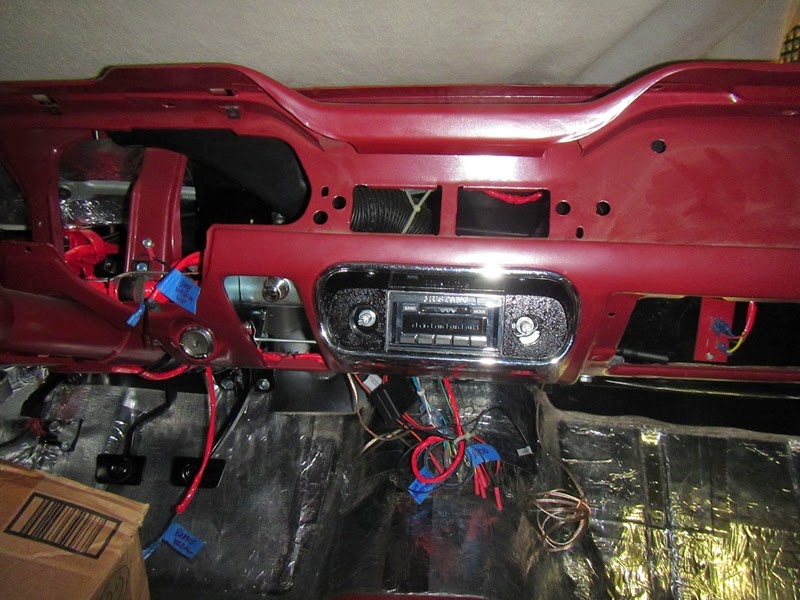 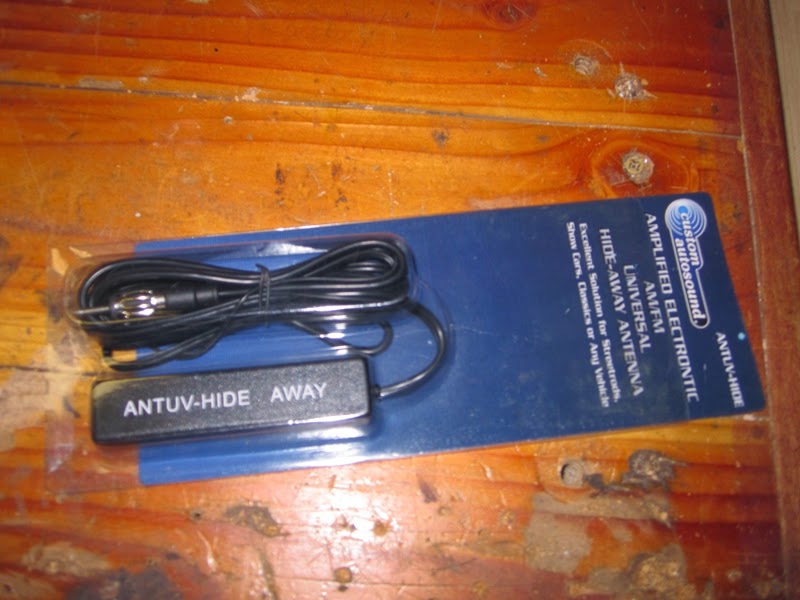 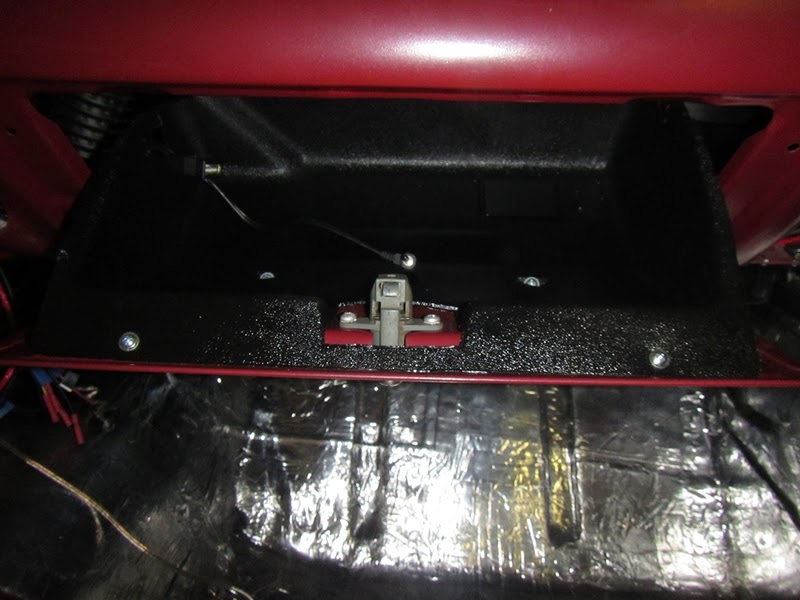 Posted by Papa Sheep at 3:30 PM No comments: