time to saddle up and ship out


Good grief, it's been nearly six months! Again! And it's been six months without lifting a wrench in anger. Here's the story: A few days after we dropped in the engine, it was time to move house again, and part of that was packing up the garage. This was a task that took quite a while. As well as crating up all the tools and parts I had to take down all the shelves and empty out the benches and drawers ready for transport. 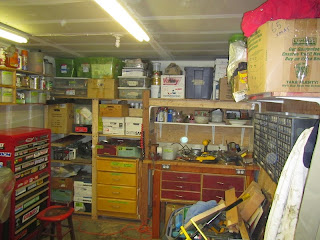 My high school buddy Martin was in town the day we moved the car to its new home. The tires could have done with some air, but otherwise it was straight forward thanks to Mark at Junebugs. 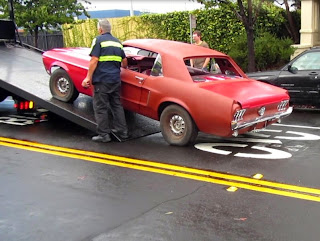 With a new house to organize, not much happened in the garage for quite a while after the move. I eventually got the work space organized in June 2015.


A week later it was finally time to work on the car again. Started by installing the radiator. 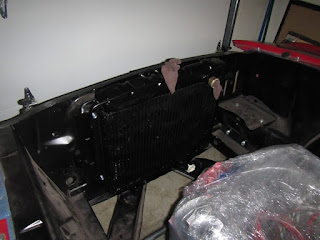 Installed and torqued down the aluminum intake manifold.... 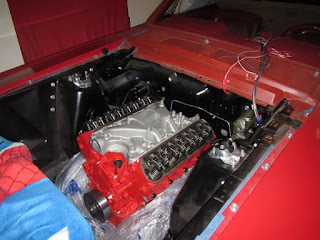 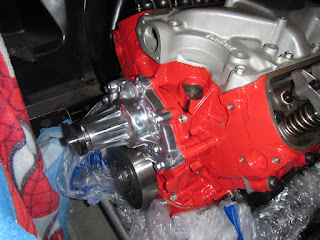