Usually when I get done with a batch of grinding I expect to be spraying epoxy within a couple of hours, but I've learned that the final cleanup and pre-painting prep is a major task in itself. So, with the engine compartment down to bare metal, the only thing left to clean up was the transmission tunnel. This is the legacy of painting the underside of the car without removing the drive line (it made sense at the time...). Here's the view just before I started working on the engine bay: 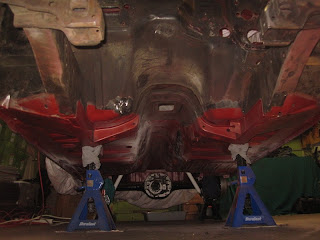 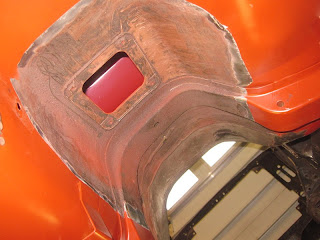 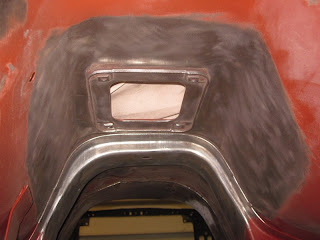 I also had some repairs to do below the seat risers - I made a bit of a mess cutting out the original platforms, and then when I welded them back in after modifications the primer was burned off - I tidied up with some body filler and a wire cup on the drill. Areas where the epoxy wasn't damaged were scuffed up with some sandpaper in preparation for another coat of primer. 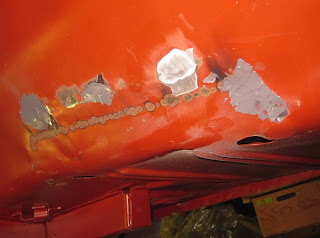 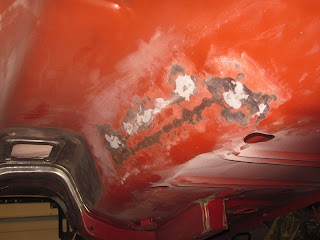 I had to do some more work with the body filler at the toe boards and at the heater motor opening in the firewall - basically everywhere that I previously patched the bodywork needed a bit of massaging. I also filled in a few imperfections at the top of the shock towers: I put too much work into these areas to leave them less than 100%. 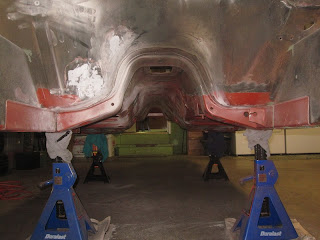 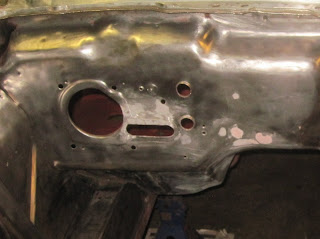 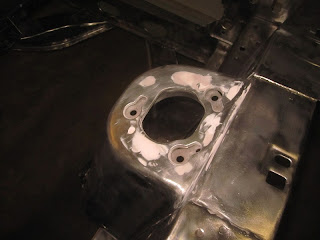 Then it was on to the cowl. Obviously I didn't want to use the wire wheel anywhere on the outer bodywork, so I broke out the aircraft stripper once more, after masking off the air vents. 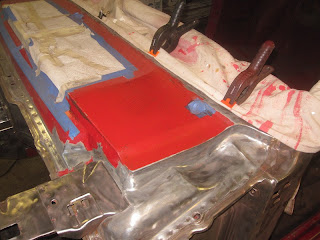 I really didn't want a bunch of paint stripper swilling around inside the cowl, so I tried scraping the paint off the air vents with a razor blade. 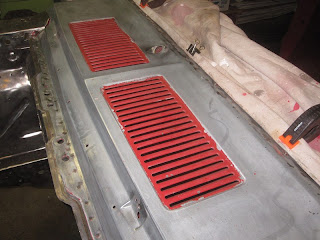 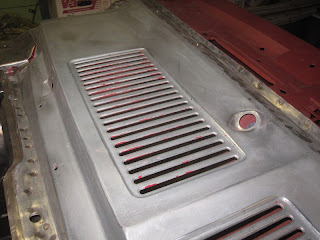 I got as far as I could with the razor blade...and then my Dad showed up for his Fall vacation and made a really good job of it. 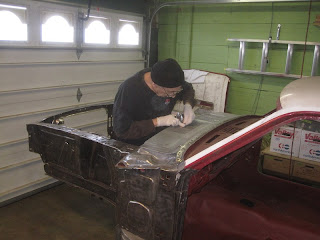 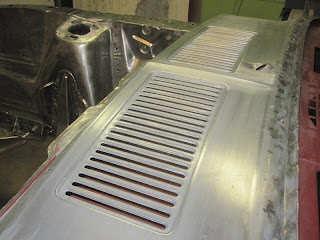 When I go to the trouble of getting the paint gun out, I like to have a few extra items ready to go so that I can use up any paint leftover from the main job. Right before the wire wheel was packed away I picked out a bunch of parts from the engine bay and the front end that I want to paint black. I got the worst of the rust and old paint off with the DeWalt, and then I took the parts over to my buddy Chuck's shop and finished them up in the blast cabinet. 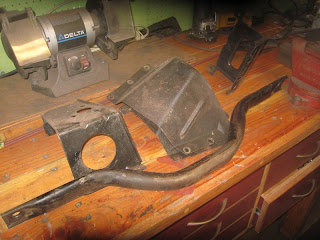 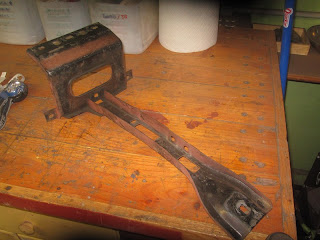 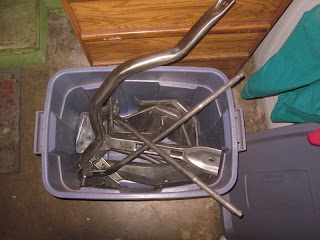