Phew, finally all cleaned up and ready for masking and then epoxy. This is a landmark moment since it is the last bit of bodywork to get the wire wheel treatment....and also the last bit that I'll be able to get away without block sanding. Just before launching into the final pre-primer clean up I used a trick I learned from a mate in BAMA to get all the dust out of the garage. It doesn't take much imagination to picture the thick layer of grinding dust that was covering everything in the shop after wire wheeling for weekends-on-end, and I didn't want it all getting mixed up with the primer....so I borrowed my buddies high powered fan and set it up in the doorway at the side of the garage...next I fired up my compressor and blew down everything in the shop. The fan did a magnificent job of sucking all the dust out of the garage....and into my neighbors yard (oops!). 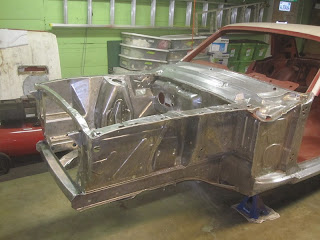 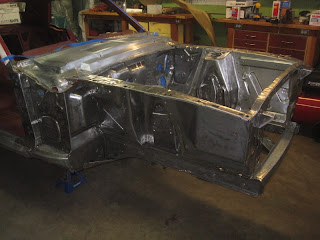 Started closing off the firewall, and then the rest of the passenger compartment. 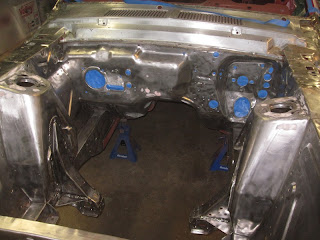 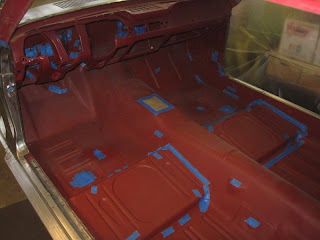 Closed off the front and sides, and then moved on to the rear window and trunk opening. 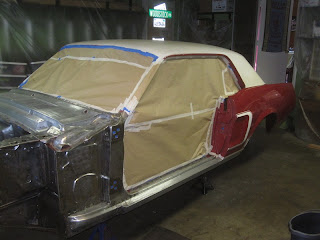 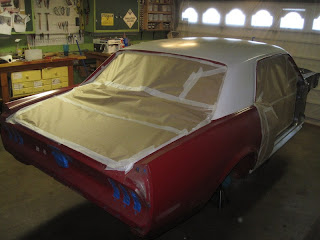 I put some paper down under the jack stands this time - I usually cover the floor with dust sheets or polythene, and I always end with paint under the stands.... 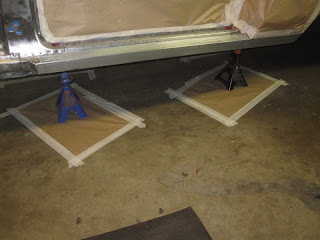 I wasn't bothered about getting overspray on the roof or quarter panels because these parts will be getting stripped next, but I covered up with some old sheets anyway. I ran all the dust sheets through the laundry first to get rid of any extra dust, but mostly I covered up the garage with disposable plastic sheeting which catches a LOT of the overspray. 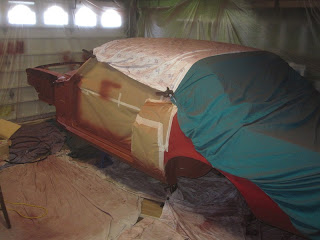 Finally time to mix up some primer and break out the spray gun. Everywhere got two coats of PPG epoxy primer with about 30 minutes flash time in between coats, including the transmission tunnel and most of the underside where the previous primer was damaged. Next morning I applied fresh caulking in accordance with the diagram in Ford's Weld and Sealant manual. I spent a lot of time making sure the sealer at the top of the firewall was as neat as I could possibly get it as this will actually be seen when the car is finished...everywhere else got a 3/8ths bead straight from the tube and that was it. 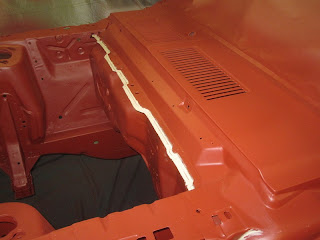 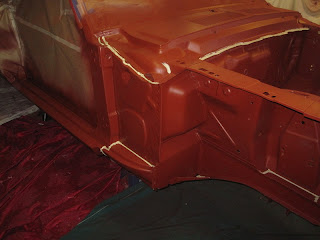 Maneuvering my paint gun inside the engine bay was actually quite a challenge, so while the sealer was curing I went out and acquired a touch-up gun. It took a bit of messing around before I got the new gun dialed in, and then I gave everywhere another two coats of epoxy, paying particular attention to the new sealer. I painted the smaller parts right at the end to use up the last bit of primer, and then it was time to let the dust settle before tidying up. 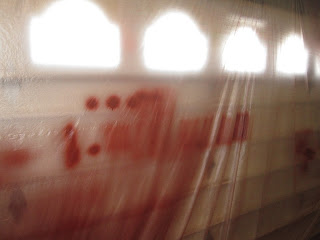 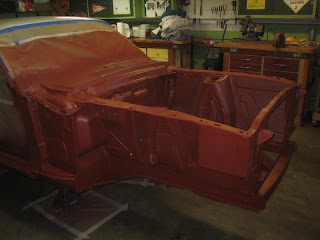 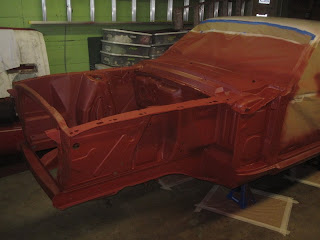 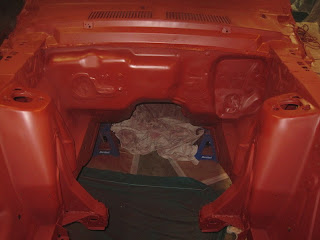 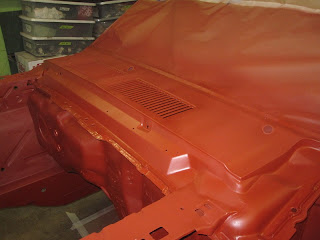 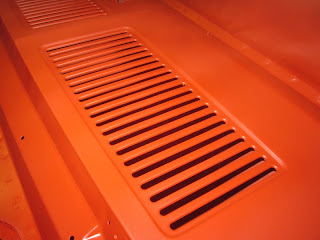 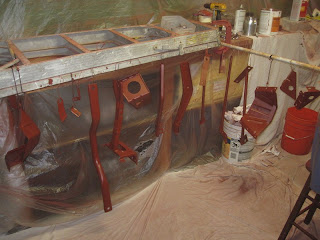