the interior is gutted!

So it seems like I've been really close to finishing the tear down for ages; I guess I underestimated how much work was still left to do. Last weekend I took a break to watch the World Cup, but did manage to fit in a few hours of garage time.  started by pulling out the master cylinder. Since my car came with a dual MC, I have the option of putting the same one back. 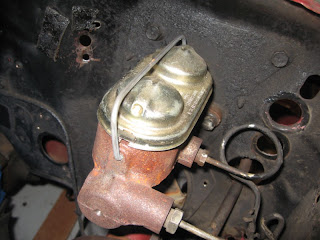 The MC is bolted to the firewall, but to remove it you first have to disconnect the brake pedal. This was achieved in m,y case by pulling out a piece of bent wire from the pedal pin and wiggling the brake light connector out of the way: 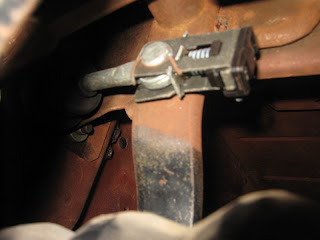 The push rod can then be lifted off.... 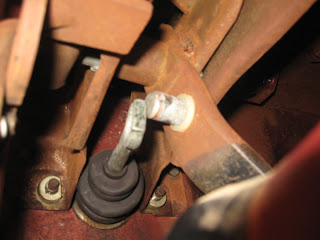 then it is just a matter of taking out the two bolts to the firewall and disconnecting the lines to the pressure differential valve. 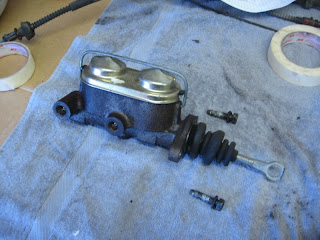 Next out was the assembly which holds the clutch and brake pedals. I wasn't actually expecting to be able to remove this monstrosity in one piece, but once I figured out it wasn't welded in, there was no stopping me. Cleaning up the area under the dash is going to be much easier with this out of the way, and now I can add this to the sand blasting pile instead of cleaning it up in situ. 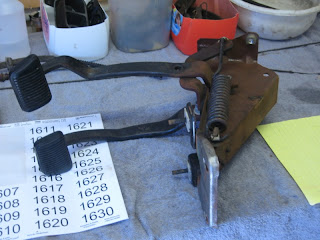 Last to go was the steering column. I went back and forth on whether to leave the column in until the last minute, as steering the car is next to impossible without it. In the end I decided to invest in a set of car skates, which I would probably have done at some point anyway. To get the column out is straightforward. There are several bolts at the hold in bracket halfway down the column. 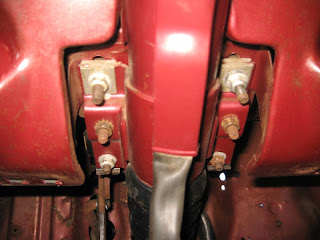 Then there are another bunch of bolts and sheet metal screws at the inside of the firewall. The sheet metal screws on this bracket are defiantly not stock, so another sign of a previous restoration attempt. I'm starting to wonder if there is any part of this car that has not been apart before.... 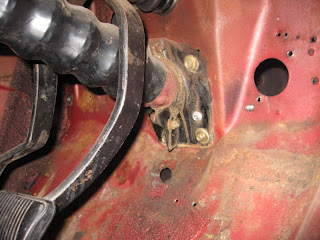 After that there are a pair of bolts to remove at the rag joint, "and that is it!"* 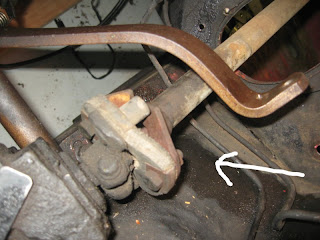 I'll be replacing the rubber firewall gasket, and I'd like to replace the rubber concertina tube....but I can't work out how to get it off the column. 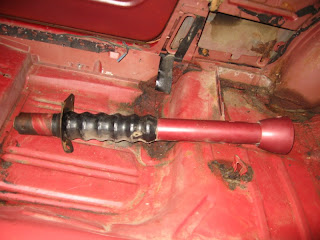 Done! The interior really is finished now...apart from the headliner..... 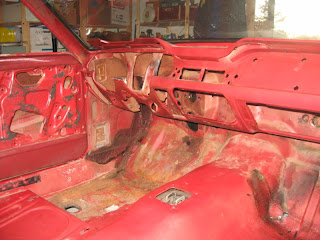