seats and carpets out

Ok, so this is the first post I'm writing on the day after I did the work...from now on my blog will be "real time".

Taking the seats out of my car had one enormous advantage over every other part of the tear down: I did it before! When I changed the shifter boot last summer I had to take out the front seats and carpet, so this time it was easy. I stashed the seats in my basement. The seats are probably going to go back in the car, but I will be at the very least replacing the foam...we'll see what else when the time comes. 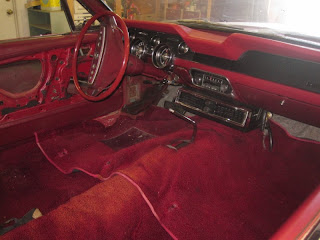 The headliner is probably original, since it doesn't look like the windshield or backlite have ever been taken out, and it certainly has fading in all the right places. 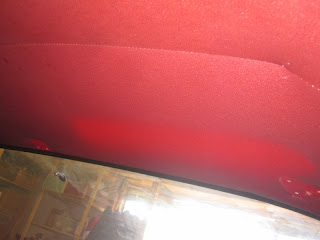 The dirt was everywhere on the interior. 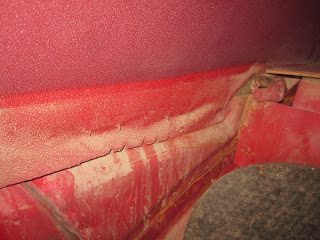 Rust inside the car is minimal, which is fueling my feeling that parts of the car may have been replaced in the past. The most serious rust is at the drivers side rear wheel arch; I may have to do some minor patching here in due course. 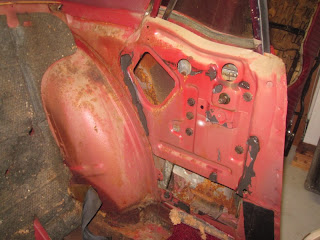 I can't make my mind up about the padding under the rear seat - the yellow material underneath does not look 40+ years old, but it is cut just right. In any case it will be replaced, I'm just keeping it for now in case I need something to cut round. 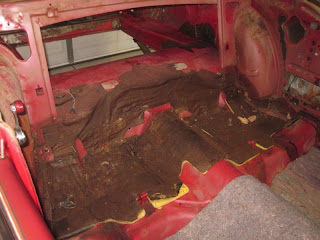 The padding in the foot wells is like somebody's old blanket from the scouts. There is no way this is original, and it doesn't keep out much (if any) noise or heat from the motor. I was deafened but engine noise when I drove this car home from the mid-west. It might come in useful for something, but I can't think what... 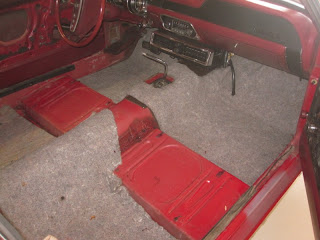 I am a bit suspicious about the passenger side, as I know the door has been replaced (this story is coming up in my blog in the next post). There is a lot more investigation to do here to figure out which bits of the car are original. Apart from some minor rust in the drivers foot well, the floor pans are in superb condition. The foot well looks worse than it is in this picture because the rust has stuck to lots of "blanket" fibers. I'll have to get all that cleaned off before I can properly asses it. 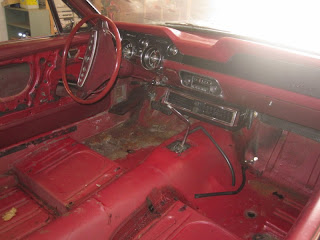 The parcel shelf is in awful condition - bad enough to be original in fact, and is also made of some really naff hardboard. I'll be keeping this one to use as a guide, but something different will be going here for sure. 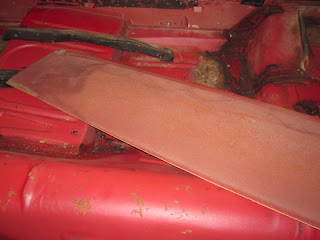 The padding under the parcel shelf will also be replaced....in any case the original stuff fell apart when I tried to pick it up. Something tells me a decent sound system will be blasting out of this area in due course. 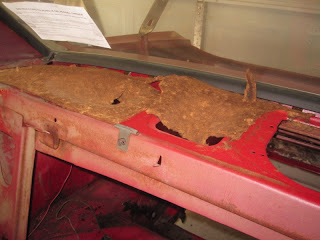 Overall the back of the interior and the trunk are in tremendous shape in terms of rust - the hardly is any. This was the reason I bought this car in the first place, as I didn't want to have to do extensive welding and fabrication on my first project - I think there is a good chance I would have lost interest early on maybe even never got started if the job was that big. 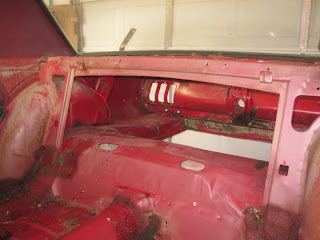