After a couple of sessions I was over halfway done with the roof, so that's where I picked up this time, and then moved on to the passenger side drip rail and door pillars. 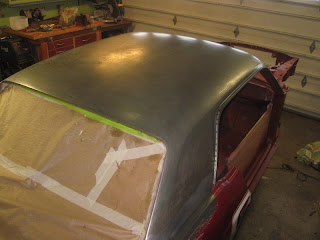 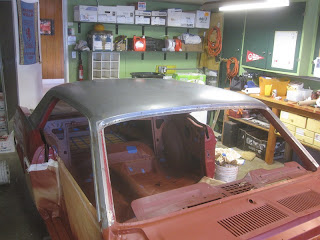 I uncovered a little bit more rust at the A-pillar, but it remains in much better shape than the driver side. 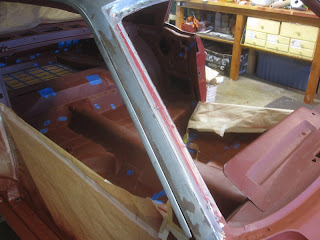 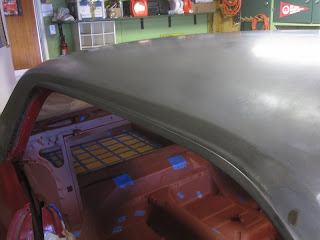 At the driver side I was very slow and careful when working my way around the edge of the door opening - I didn't want to get any aircraft stripper on the inside because I'm hoping to retain what was intended to be the final finish. 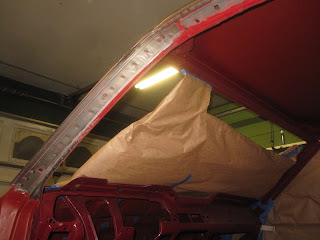 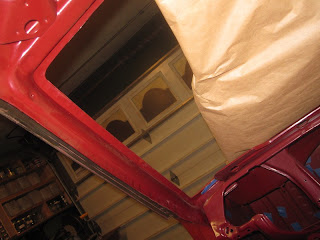 Still, it was rather slow going being this careful, so I left a wider margin around the edge on the passenger side - I'll be finishing up later with a small wire brush on the drill. 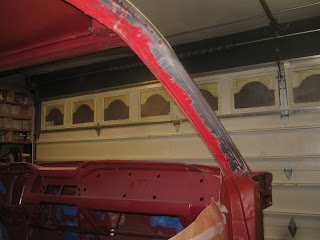 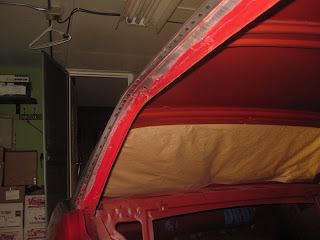 Next time out, more of the same at the passenger quarter panel. I know the car has been involved in at least one passenger side collision, so I was expecting to see evidence of repairs and sure enough there was old body filler and telltale gray primer under the paint, all of which got scraped off. 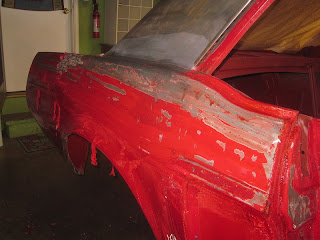 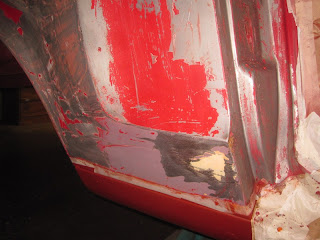 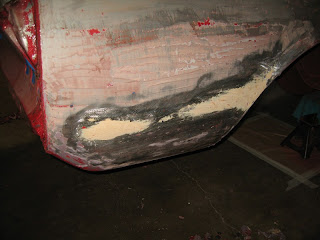 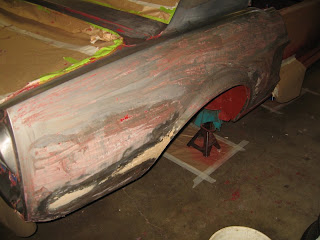 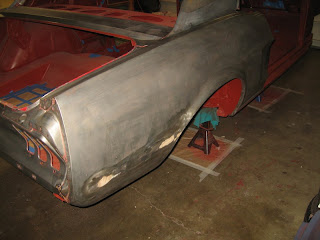 The driver side was in better shape: 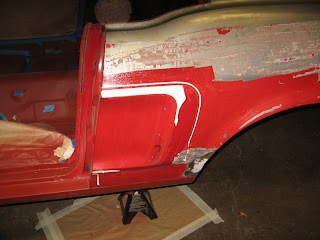 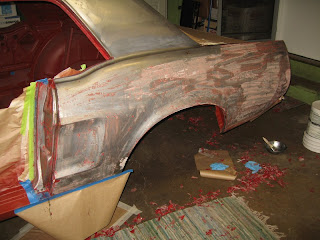 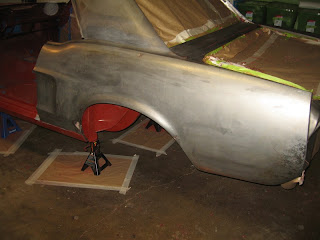 Finally onto the taillight panel and the openings around the trunk and rear window: 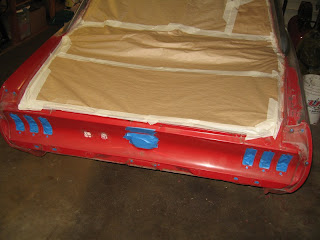 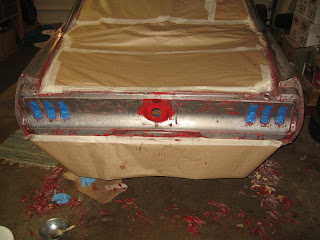 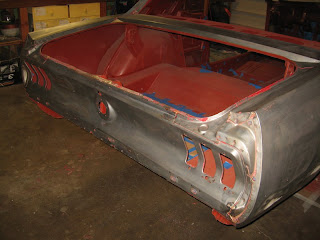 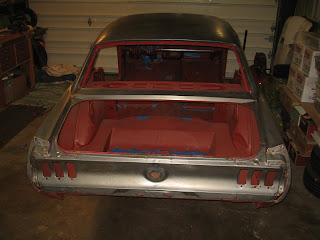