It's been a while since I fired up my Dewalt angle grinder and its 4½ inch wire wheel, but before I did, I took stock of what's in store over the next few weeks....wait, make that months. The only area with obvious rust is where the door hinges bolt to the A-pillar, and this is very light - there is some serious gunk in this area though. 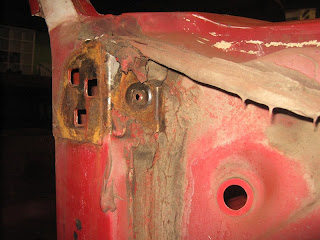 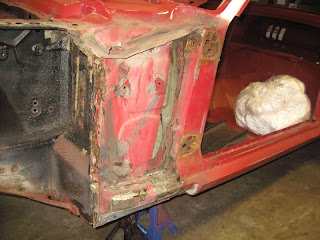 An example of old-meets-new; why take a pair of 'before' and 'after' photos when you can do it with one shot? 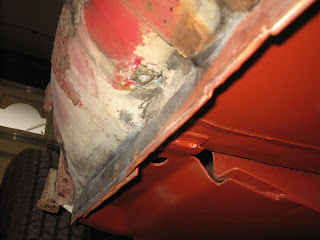 One of the things I haven't done yet is to clean out and paint inside the frame rails; I need to give this some thought. 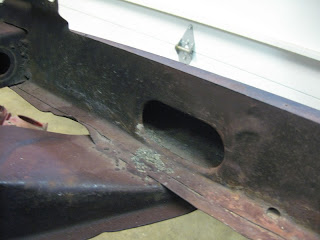 The recesses below the shock towers were just full of caked on mud and grit. I had to break this out with a hammer and an old screwdriver...hopefully there's no serious damage underneath it all (?) 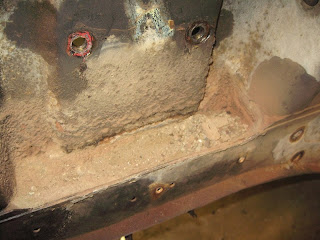 The PO decided to spray the areas under each fender with some black paint, presumably just before the car was sold to me...and looking at the areas inside the shock towers, you can see why. 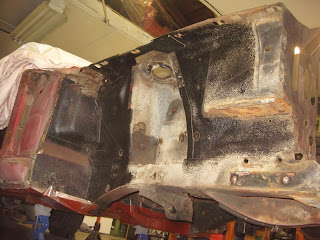 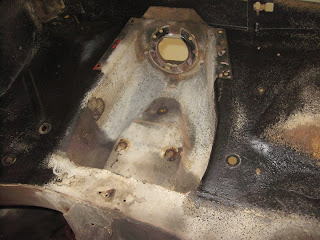 The worst bit, of course, was the battery tray: I kind of knew this was coming, so all I have to do is decide whether to cut out the rotted area and butt weld in a patch, or replace the whole apron. 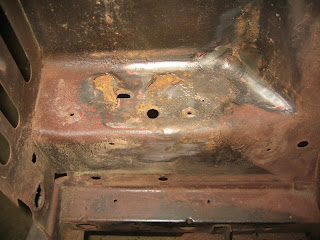 And then, in addition to the engine compartment, I still have work to do at the front of the floor and in the area previously covered up by the transmission...the bits I missed out last time round in other words. Once this is all done though, I'll really be getting somewhere. 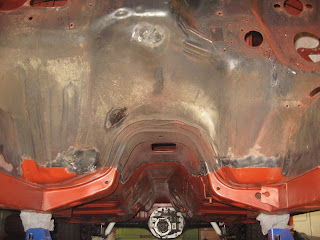