doing the rattle can shake

OK, where was I....that's right, painting. So I allowed a few days for the epoxy primer to cure after I painted the exterior of the doors, and then removed the masking paper. Taping off the part I'd already primed took a bit of doing, but came out OK - I used extra low tack blue painters tape over the epoxy - and then I was ready to paint the interior side. 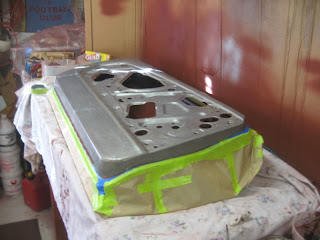 Instead of using epoxy on the interior side - I am trying to preserve the surface texture - I dusted over a very light coat of Rustoleum metal primer; this is how I would imagine one would spray on a guide coat while preparing bodywork for paint. 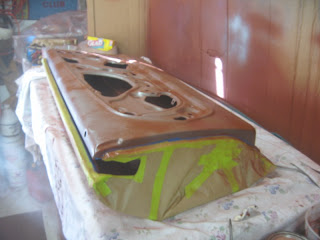 After about 20 minutes drying time I sprayed on three coats of NPD maroon interior lacquer,  and I was very happy with the results. Hardly any drips at all! 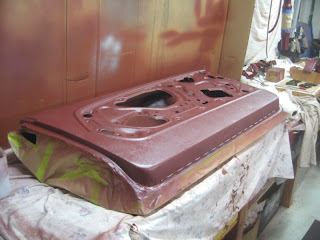 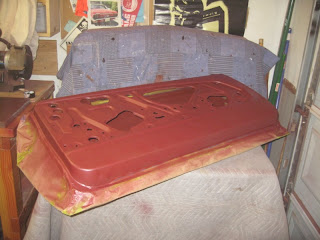 I also did the glove box door, ashtray and the steering column and interior parts that also need to be this color (more on this later). 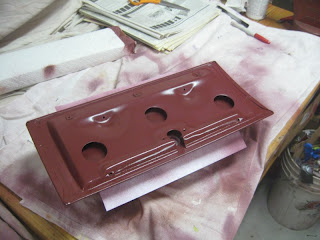 With the doors drying, I moved on to the dash area. The dash, the upper A-pillars, and the top of the windshield all got the interior lacquer too - originally it hadn't been my intention to do any final painting in the interior, but I'm very happy with how it came out. I did have a few issues with drips after the first coat, but sanding with 400 grit paper was enough to blend in these areas after additional coats of maroon paint. Phew, now time to clean up the garage! 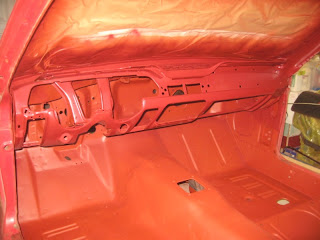 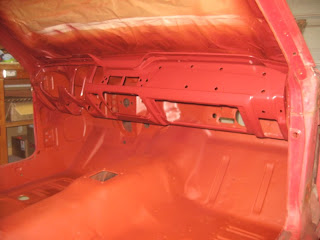