After months of grinding, you'd think I'd be sick of it...and I pretty much am - but after scouring out the dash area the end was most definitely in sight with just the front part of the floor and the upper A-pillars left to take care of. Here's a shot of the front of the car several weeks ago: 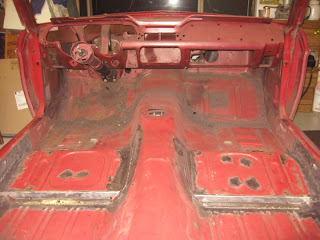 The main areas of concern were the drivers floor pan, where there was some obvious rust - the extent of corrosion wasn't as bad as it looks in the picture below - most of that mess is fibers from the underlay which have stuck to the rust in the floor pan. 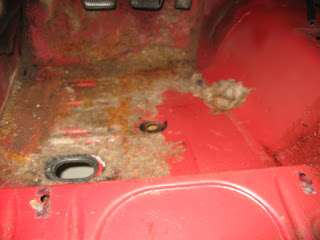 Rust on the passenger side was less serious but still needed attention. 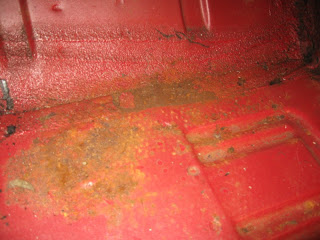 As usual I started off by scraping away the sealer around the seams in the floor with a stripping knife. 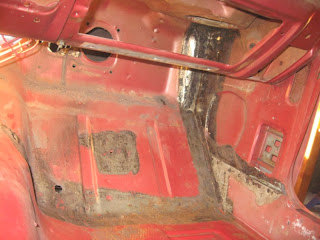 Then it was on with the wire wheeling; first the passenger side... 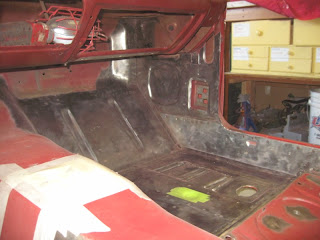 ...and then the driver side and front of the transmission tunnel. 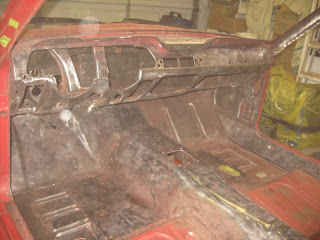 There was some very noticeable corrosion on the inside of the upper A-pillars - I was relived to be able to remove this with the wire wheel without much fuss, as these areas will be displayed when the car is complete. 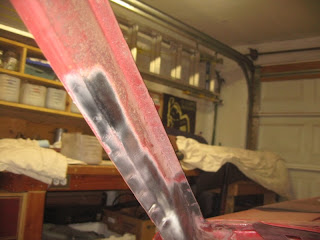 I also cleaned all the old sealer out of the channel around the windshield, using a rag soaked in lacquer thinner and plenty of effort - this job sucks.... 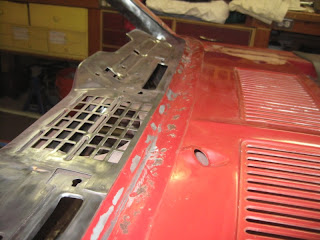 ...but eventually I had a nice clean windshield opening to show for my efforts. 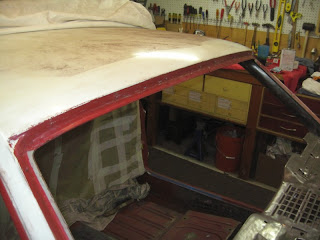 I also dealt with excess sealer on the inside of the channel above the dash. 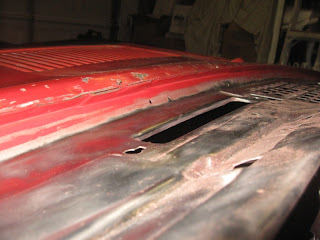 Another grinding session later and the seat platforms and rear foot wells were all cleaned up. 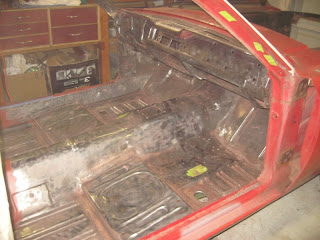 A through wipe down with the usual lacquer thinner-soaked rag and the metal took on a clean, dull hue, all ready for epoxy. 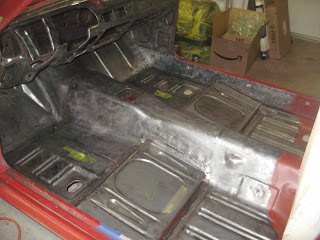