I hate to admit it, but before this weekend I'd never been to a swap meet! Still, to quote one of my companions on Saturday's trip, the Turlock Swap Meet is "a great place to lose your cherry"! And it was too, since there were several hundred vendors offering all manner of automotive parts, tools and associated tat.

In every walk of life it's not what you know but who you know, and when the guys you're traveling with are buddies with one of the vendors - the world famous Mostly Mustangs of Oakland - that means you get in free and, much more importantly, you can park on their pitch instead of at the punter's lot half a mile away. That's almost enough to get you over the indecent departure time of 5:30 am! The last time I was awake at this time on a Saturday I was proabably on my way home from a nightclub....15 years ago! 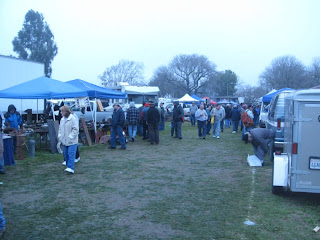 I got lucky with a really nice export brace and a straight Monte Carlo bar which I picked up dirt cheap. 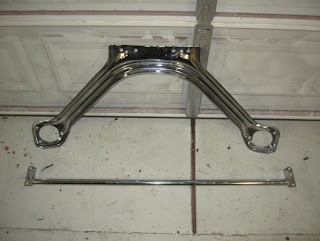 I couldn't resist putting the new shinny bits on my car right away. Hopefully I'll be able to bolt them in for real one day. 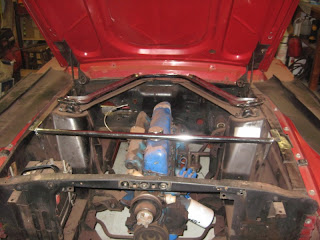 >
Turlock is also great for very cheap second hand tools - this pile of stuff got to come back to my garage for around sixty dollars in all. 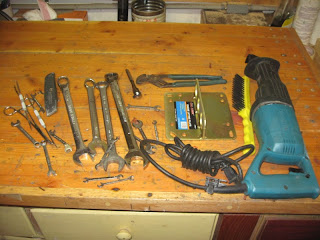 There are a bunch of cars for sale at Turlock, including some real basket cases. The half-and-half car below wasn't actually for sale, but it was easily the coolest vehicle on display. 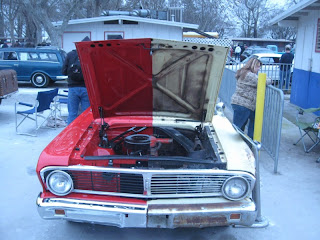 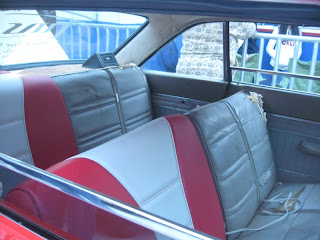 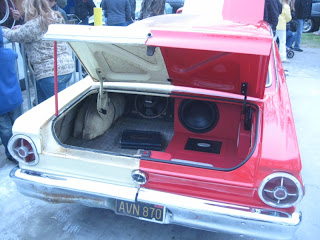 So that was Saturday. On Sunday, after a much needed lie in, I went kart racing with BAMA at UMIGO in Livermore. There wasn't much time left for working on my car, but I did manage to push it out of the garage for the first time in almost a year, and give the floor a quick clean up. 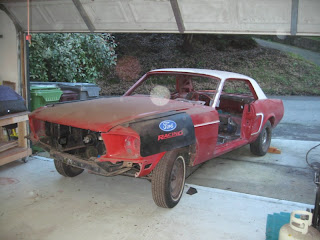 I then succeeded - eventually - in executing a three point turn outside my house and putting the car back in the garage the other way round. This was a lot more effort than I anticipated as I live on a slope, and I won't be attempting to do this on my own again any time soon.


Finally back in the garage without serious mishap, and all ready to have the motor pulled out sometime in the next few weeks. 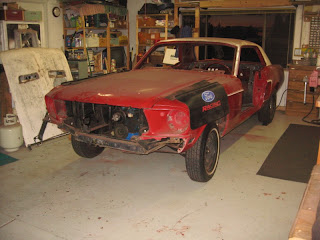