I think I always knew that I would end up buying a completely new wiring harness for the '68. The fact that it sucks so much more $$$ into a pretty deep black hole meant that I considered making my own, and I was in fact encouraged to do so by a couple of the guys from Vic Hubbard....but in the end I decided to lay down for a new one. The choice came down to the overly-hyped Painless kit for $$$ or the OEM harness that NPD sells for about 30% more $$$. In the end I went with the advertising and splashed out on the Painless kit. I'm not sure this was the correct decision (some aspects of the installation are decidedly Painful!), but at least it was the (slightly) cheaper option.


I started by laying the new harness out on the floor next to the old one. It seemed to be similar, but it was also clear that I was going to have some work to do with my crimping tool and the box of connectors that came in the kit. 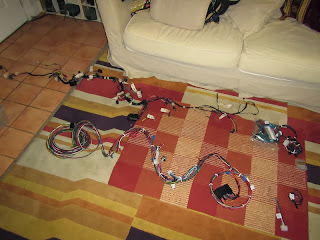 Laying the harness in the space behind the dash is straightforward, and the kit includes two correctly sized grommets which facilitate smooth passage of the engine compartment loom through the firewall. 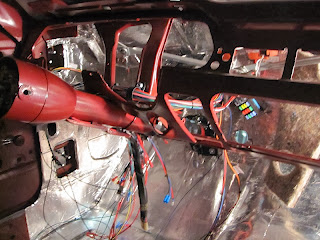 The first thing to do is to secure the fuse box in the stock location. The shape of the fuse box is different to the original, so installation requires drilling two new holes in the firewall. Suitable sheet metal screws and included in the kit. When I was happy with the location of the fuse box, I dug out my replacement firewall pad and installed that too (you can see the pad in some of the later photos). The original pad was actually in pretty good shape, so I hung onto it and used it as a template - the reproduction pad requires a few adjustments - but it was nice to throw it away. 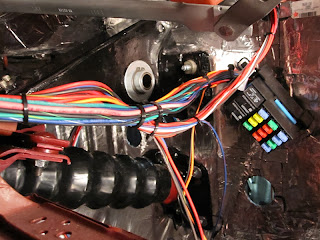 The kit comes with a decent instruction manual, and each individual wire is labeled and color coded which helps a lot with the basic layout...but it's difficult to make specific connections without something to connect to. So the wiring installation quickly expanded to include most of the under-dash components too. The first item was the windshield wiper motor operating arms, wiper motor and mounting bracket. The motor casing was restored at the same time as the heater motor and finished in Eastwood brake gray. The mounting bracket got the black Dupli-Color. Mounting hardware was zinc plated...about two years ago. 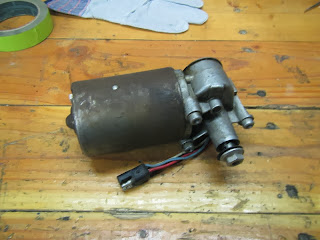 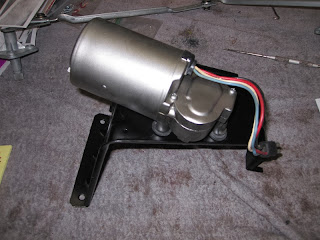 Next up: the heater, plenum chamber and defrost hoses. Installing the heater through the firewall (and the pad) is a simple operation with two people...and a triumph of desire over gravity on your own. As usual I took the latter route. I think my general method of doing stuff the hard way is driven by the feeling of accomplishment I get on completion. 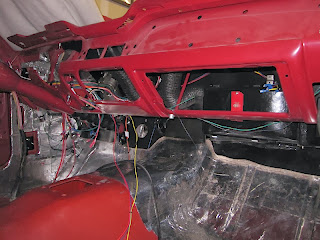 The kit is designed to fit in the stock wiring location(s), which means the heater motor connection looks like the picture below (albeit without any sleeving on the wires). It's been so long since my car had any wiring installed that I'd forgotten how messy this looks. I certainly couldn't leave it like this. At this point the wiring harness was only loosely installed, so there was enough wiggle room for me to relocate the wire to a small hole I drilled in the firewall at the other side of the heater motor. I also used a cable clamp which I attached to the firewall with the lower heater attaching bolts. I also put some heat shirk sleeving on the wires. The only downside to this little operation was that I had to take the heater out before I could move the wire....so I got to do that tricky solo-heater-install twice. 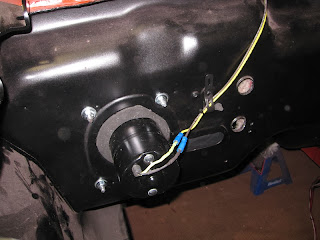 After the heater was installed re-installed, I connected the control cables and carefully snaked them between the heater case and windshield wiper motor. I took a lot of photos of the under-dash area before and during the tear down, so it was easy to get the cables into the stock location. 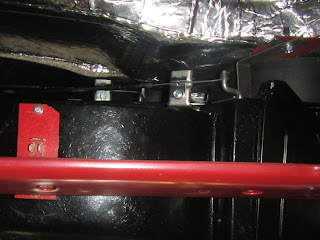 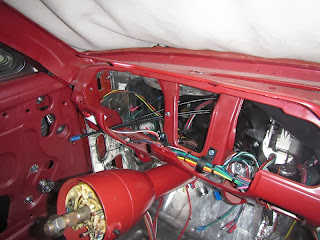 The heater control panel was refinished by hand with some Sign Painters 1-shot lettering enamel that I got from Eastwood. The other bits were zinc plated. I also re-painted the letters on the control keys. 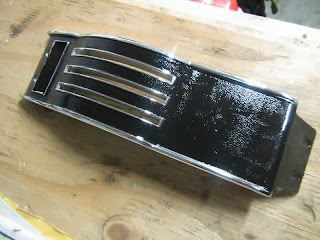 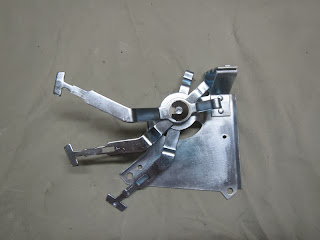 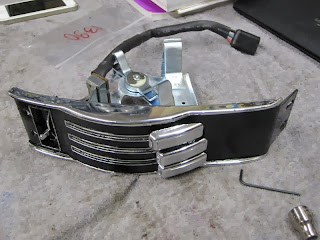 Next to go back was the ignition switch, headlight switch and the ashtray/cigarette lighter. I'll be doing some custom wiring in the glovebox later on for my cutout switch and USB connections, but I also want to have the stock look where the original lighter is functional. 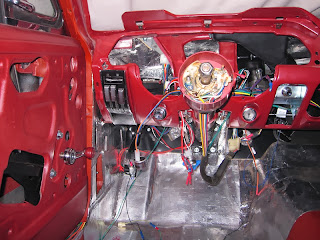 Once all this stuff was in situ, I felt confident that I could tie down the precise location of the harness and start making some of the connections. I was really expecting my expensive wiring harness to be plug and play, but in fact it was far from it. For a start the steering column connector bares little semblance to the original, necessitating the use of an additional connector and the original plastic connectors. Which is fine if your stock parts are reusable.....and fortunately mine were. Same goes for the connectors for the door jamb dome light switches and the cigarette lighter connection. 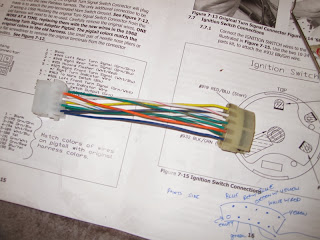 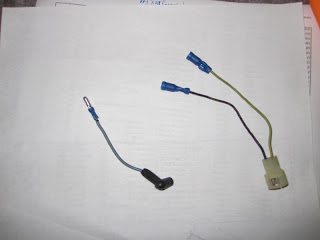 The other thing missing from the Painful kit is any form of alignment plugs like the original Bakelite fittings. 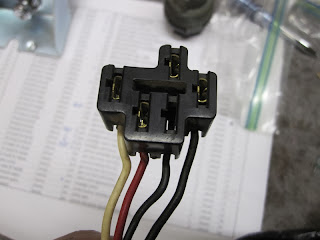 This leads to a lot of connections that look like the one below. I can't help feeling that the OEM style connectors are more robust. 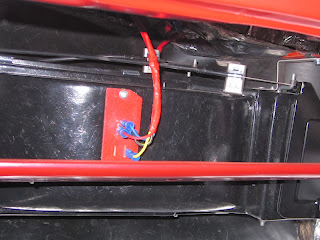 Installing a wiring harness is always going to be a time consuming part of the project, and I really made sure I did take my time. Once all the important connections were made and I was completely happy with the location of the harness I completed the installation of the hanging brackets and cable clips. I also wrapped each section of the harness with scotch tape to add stability. This process involved a certain amount of disconnecting wiring and the removal of some items, although fortunately not the heater box. This was actually one of the most enjoyable parts of the project so far. I love re-assembly!

The wiring below the dash is not complete, but I've gone as far as I can for now. I still have the trunk area and of course the engine compartment to do. I'm currently looking at custom layouts for the latter. 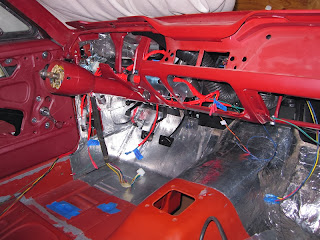 At some point during the wiring install I got fed up of dropping tools through the openings in the floor pans. I taped over these once before, but this time I just re-installed the floor plugs. I know these holes are not for drainage, because they are not located at the low points in the floor pan...not to mention that they are also both too big and they are sealed up. I've heard a suggestion that they are alignment holes for use at some point in the body building process, which sounds more likely. Any other suggestions are welcome. 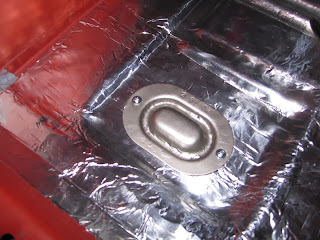