while the motor was away...

The engine came back this week. It was at the machine shop for just over seven months. After about four months I remember wondering who had lost the most interest, them or me? Funny thing is, I'd begun dreading the return of the motor....because I'd accomplished so little on the project since it went away.


So, what exactly did get done in seven months? A while was spent on the heater rebuild. I was planning to do some more reassembly (side windows and door internals, wiring harness, new seat belts etc.). But before that I wanted to do some sound proofing in the interior.


And then I was back up against a familiar problem: no room to work in because the entire garage was filled with bits of car. Fortunately I created some more space in the tiny attic by laying a bunch of leftover shelves across the joists....which I then stuffed full of seats and whatever else would fit. 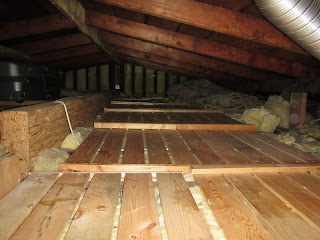 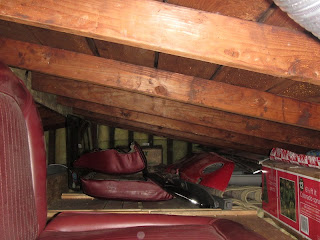 I was eager to trial-fit my new three-point seal belts before the project went much further. I'm fortunate that the '68 has appropriate factory-installed mounting points everywhere I need them...but I still wanted to make sure of the fit. Even re-installed the seat to make doubly sure! 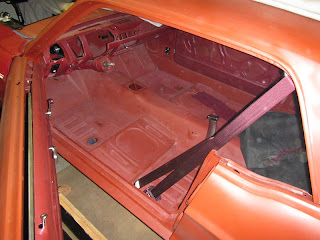 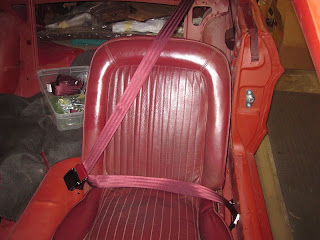 Then (after taking out the steering column once again...) I applied extra sealant at all the seams in the body work. I used the approach that far-more-than-necessary should be enough. I also abandoned the dedication to neatness I've adopted elsewhere. 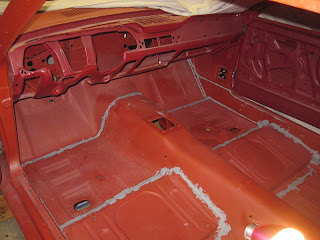 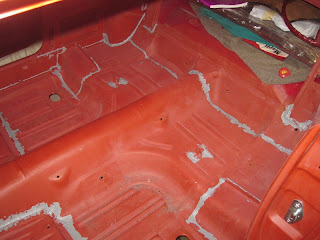 Started work on applying heat/sound insulation to the firewall and behind the dash. This was quite an enjoyable part of the project...so much more fun than covering the same area with my wire wheel! To be cont'd..... 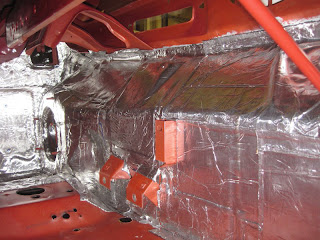