out with the windows

I've been working on taking out the windows this week. Progress has been slow as I've been limited to tinkering with the car in the evenings. I was a bit apprehensive about taking the windows out: so far I haven't unbolted anything I don't think I can put back....but the windows? Well, I guess if you can get something apart, you can get it back together again...The rear window on the passenger side never did go up and down, so I figured this was the place to start. 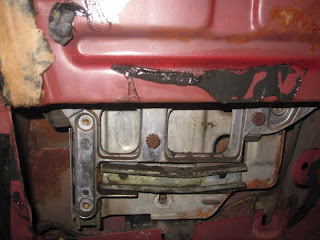 One of the brackets which appears to act as a stop was bent inwards (the one on the left, below). This must have taken a heck of a hit to bend a piece of steel this thick - another pointer towards side impact damage to go with the replacement door on that side. No wonder this window never worked! (The undamaged bracket on the right came out of the driver's side rear window assembly). 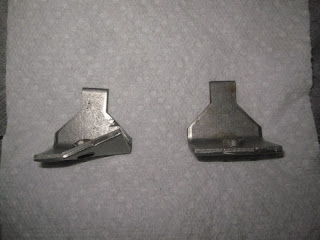 I tried to take as many pictures of the components as I could, but I am far from certain I will ever get all this stuff back together.... 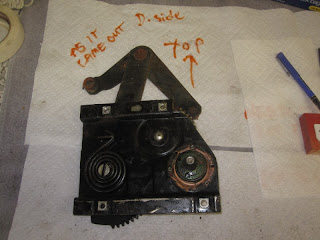 I inspected the interior of the window housing for rust. It was not much to worry about on the passenger side. 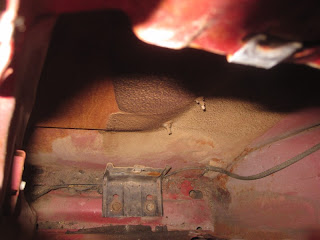 Even at the juncture of the wheel arch and exterior panel the corrosion may be traetable without patching. 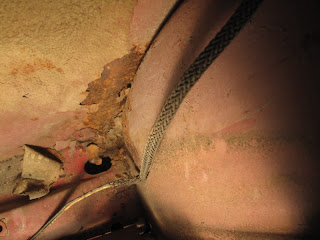 The rear of the car is mostly stripped out. I am leaving the backlite in place until I have some safe place to store the glass. The backlite on my car looks original and is in good shape. The windshield may have to be replaced though, as it has several large chips and a lot of scratches. 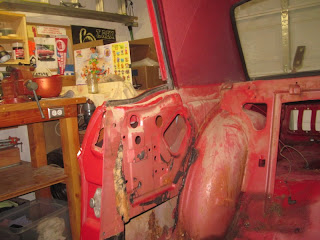 Getting the main side windows out was a bit of a trauma, but I accomplished it eventually, mainly due to this excellent blog. 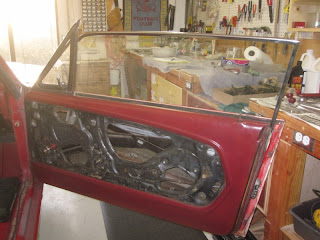 The drivers side was much easier - isn't everything the second time round? 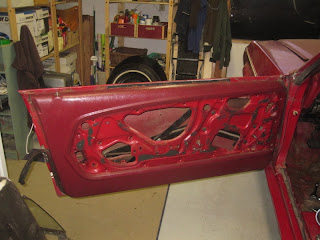 Both side windows were in great shape and will be going back...if I can ever work out how to put the bits together again! 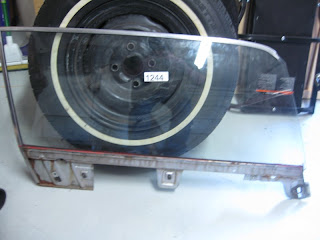 More over-spray, this time on the passenger window - unsurprising since this door/window was white when it came from the factory. 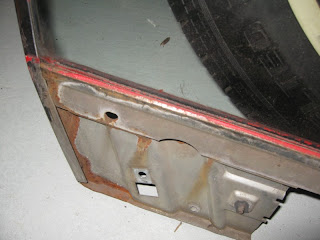 Last thing out was the lock/latch mechanism. 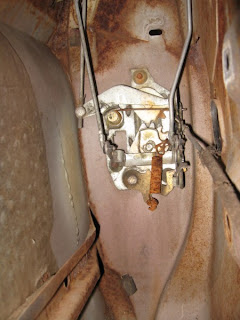 The drivers side components were in better shape; I hope to reuse most of these parts. 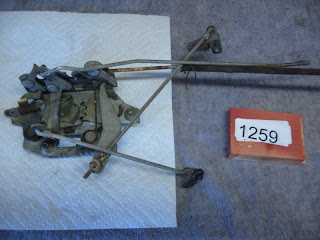 Now the doors wont stay closed on their own! 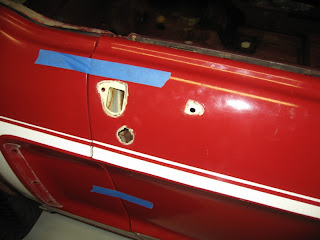