The (long) story of how my mustang arrived home in August 2008.

Although I officially bought my car in Kansas, I actually picked it up in Tulsa, OK as this was the most convenient major airport for the seller. All I can remember about my flight out from Oakland is that I nearly missed my connection after the flight into Missouri was delayed - fortunately I only had hand luggage on this trip! 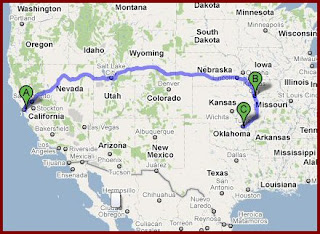 I first saw the car in the parking lot at Super8 in Tulsa. I'd like to say I did a thorough inspection, but as it was already dark I just poked about at the bodywork and hoped for the best. There was a last minute reduction in the sale price when I discovered the alternator was bad - the battery had run down on the journey to Tulsa, and although we managed to start the car and take it for  a short drive, I was mainly focused on getting to bed. 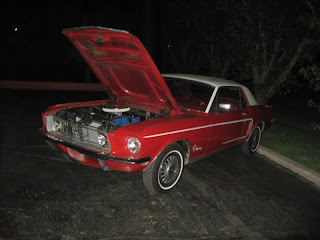 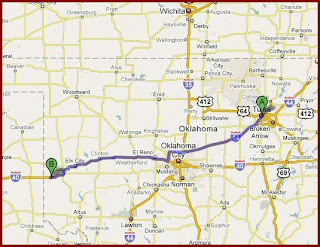 Next morning the car was still there, so that was a definite bonus... 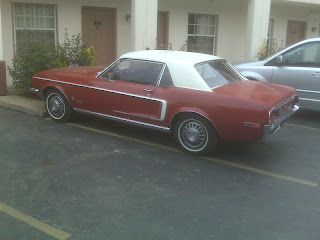 I called Triple A and got a tow to Mingo Automotive in Tulsa for a new alternator. I hadn't anticipated the first few miles of my epic journey being on the back of a tow-truck...it was a rather inauspicious start. 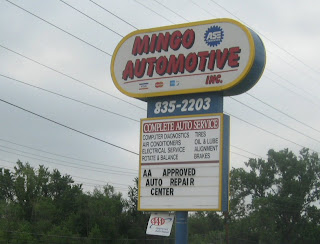 I have to say that the guys at Mingo were great - they started work on the car almost immediately and they even broke their strict "no customers in the workshop" rule so I could take the photo below. 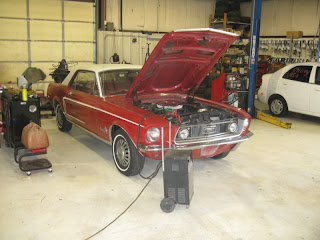 With a couple of hours to kill while I waited for the car to be revived I wandered up and down Mingo Road. There wasn't much to see, but I did spot another mustang in the yard behind the workshop - I'm glad I didn't buy this one! 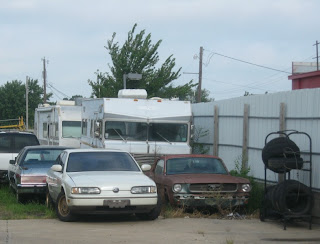 Just after 11:00 am I got on the road. Phew, finally underway and heading west towards Oklahoma CIty. 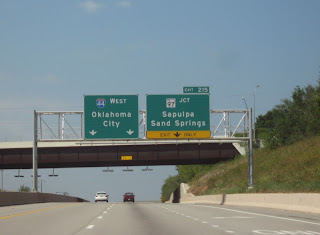 I took a lot of pictures of road signs during this trip - there wasn't that much else to look at to be honest. I think this is the first one I saw with numbers on. 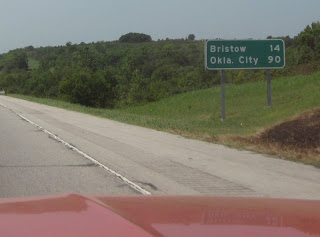 I've always loved the next picture; it was taken at one of the first of many gas stops I made, but it is also the first picture I took of the car it the sunshine. 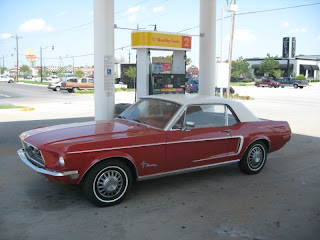 Passing the exit for Mustang Road was strange - at the time it felt like some kind of omen, as I'd never heard of the place before...of course it was really just a coincidence. Close by was the exit for Garth Brooks Blvd, which I found amusing...and still do. 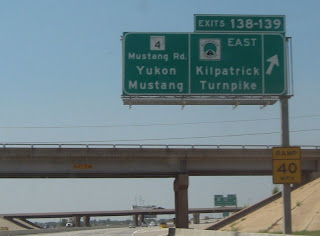 Amarillo 186 miles - I think this is when it really hit me how far I had to drive the Mustang, and how long it was going to take. 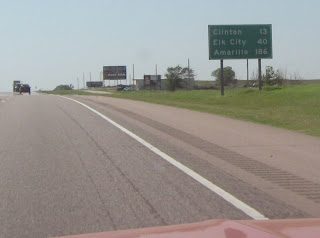 By 4:30 pm I was starting to feel really tired, with the enormity of the journey before me only too apparent. I had initially intended to drive until well into the night, but it was becoming apparent that what I really needed was a rest and some sleep. Having made this decision I took the next exit off the Interstate, which just happened to be Erick, OK, and looked for a motel. By 6:00 pm I was eating a take out pizza and preparing to get my head down for some much needed rest. The first day in the saddle had been fun, but incredibly tiring. 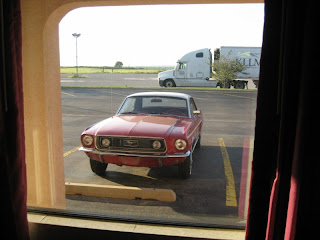 The story continues with part two here.
Posted by Papa Sheep at 11:32 PM